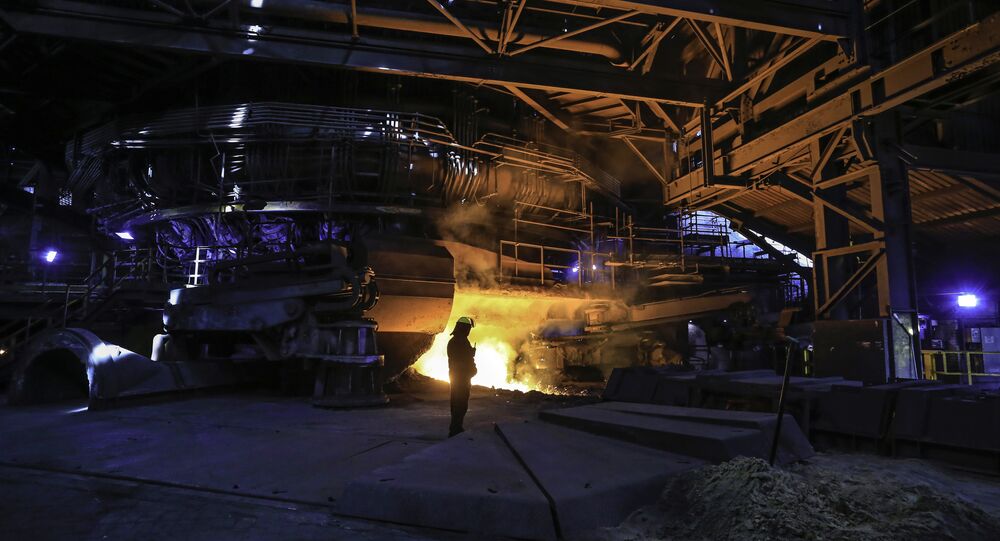 "We are definitely going to end up with these tariffs, and we're going to roll this out very, very quickly," Mnuchin told Fox Business.

A similar plan has been voiced by White House spokesperson Sarah Huckabee Sanders on Wednesday, who stated that that details on steel and aluminum tariffs would be announced by the end of this week.

Mnuchin's statement comes after Cohn announced on Tuesday that he has decided to leave the office of National Economic Council's director in the coming weeks. US media said Cohn resigned because of disagreements with US President Donald Trump over the tariff policy for imported aluminum and steel.

The treasury secretary did not specify whether some countries would get an exemption, but noted that Trump has not made a decision regarding exemptions to tariffs.

Later on Wednesday, Commerce Secretary Wilbur Ross told MSNBC the Trump administration is not trying "to blow up the world" with the tariff policy, but has shown a sense of flexibility if deals can be reached with other countries.

Last week, Trump said that 25-percent and 10-percent tariffs would be imposed on imported steel and aluminum, respectively, beginning this week for an indefinite period of time.

On Tuesday, Trump indicated that the talks between the United States and the European Union on the issue of tariffs would be possible if the bloc suspended certain duties on US products.