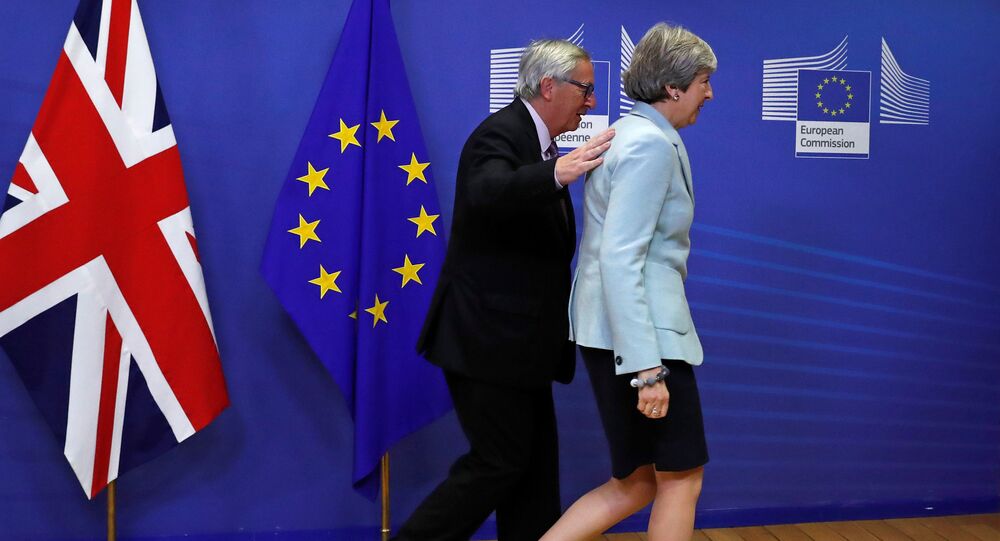 UK businesses have greeted Friday's breakthrough in Brexit negotiations with cautious optimism; 18 months after the Brexit vote, they are hoping that the impending start of phase two of the negotiations, on a trade deal, will allow businesses to operate with more certainty.

The UK government has reached a deal with the EU in the key policy areas of the Irish border, divorce bill and citizens' rights. The breakthrough, enabled by Prime Minister Theresa May's visit to Brussels on Thursday evening, satisfied the EU's demands for "sufficient progress." It therefore allows the second phase of Brexit negotiations, on a trade deal between the UK and EU, to begin.

UK businesses have reacted with relief at the news, which was announced by May and EU Commission President Jean-Claude Juncker on Friday.

"Discussions will continue to be tough, but today's progress shows that careless talk of walking away can be replaced by confidence that the UK can get a good deal," Deputy Director General of the Confederation of British Industry (CBI) Josh Hardie said.

.@Number10gov @theresa_may has shown the impact of being determined to focus on securing a good Brexit for jobs https://t.co/1vuWDyq33a

​"There are two things that are top of the list. First is the final step for those EU citizens working here, and UK citizens abroad. It must be unequivocal that they are welcome, whatever the final deal. This cannot be their second Christmas where their rights are dependent on negotiations. Next is transition. Concrete assurances will build confidence and help firms across the U.K. and Europe to pause their contingency planning," the CBI stated.

Stephen Martin, director general of the Institute of Directors, said that UK businesses "will be breathing a huge sigh of relief," that agreement has been reached.

Firms across the UK have been concerned about certainty and clarity for their EU workforce for 18 months. Today’s agreement lets both rest easier this holiday season. #Brexit #citizensrights

​However, businesses figures in the EU27 have warned that the most difficult aspects of negotiation are yet to come.

Joachim Lang, the director of the Association of German Industry (BDI), said that German industry is "relieved" about the breakthrough, but warned London that "the hardest part of the negotiations still lies ahead of us."

"Industry needs clarity on the future relationship at the earliest opportunity. The negotiations have to step up a gear. London must not have any false illusions. Our businesses must know soon what model Downing Street envisions for the future deal and what the transition phase on the way there will look like," Lang stated.

​"Joachim #Lang on #Brexit: German industry is relieved about the breakthrough. The pace of negotiations now has to increase! @MichelBarnier," the BDI tweeted.

© REUTERS / Andrew Paton
Brexit Deal Drama: 'DUP Enjoy Holding Knife to May's Throat' But 'Fear Corbyn Gov't'
While the document does not state what the UK's divorce bill from the EU will amount to, it states that the UK will continue to pay into the EU's budgets for 2019 and 2020, as if it had remained in the EU. The UK has also agreed to continue to pay liabilities such as pension contributions. The EU has previously calculated that the UK has €60 billion ($71 billion) of charges to settle, but last week, the Financial Times reported that UK negotiators are trying to bring down the net figure down to €40-45 billion ($47-53 billion).

In addition, the negotiators agreed that there will be no hard border between Northern Ireland and the Republic of Ireland. The UK has agreed to "maintain full alignment with those rules of the Internal Market and the Customs Union" which support cooperation between the north and south of the island of Ireland – at the same time, the UK confirmed it will leave the EU's internal market and customs union.