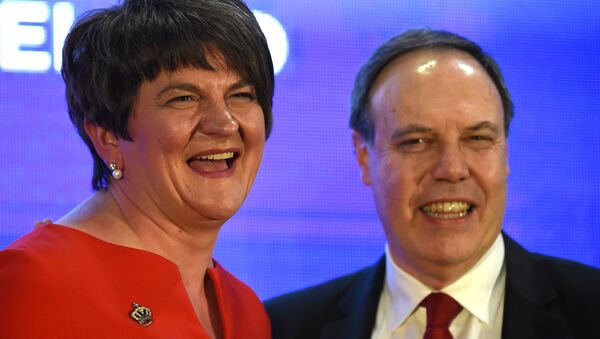 © REUTERS / Andrew Paton
Subscribe
The pro-British party in Northern Ireland has objected to a clause about future arrangements for the Irish border, undermining the Brexit deal efforts by UK PM Theresa May. However "bringing down the British government may be a step too far for them," as they are wary of the Labour-led alternative, an academic suggested to Sputnik.

The UK government has been — so far unsuccessfully — negotiating with their coalition partners, the Democratic Unionist Party (DUP).

At the same time, Irish Prime Minister Leo Varadkar saw his popularity surge December 7 after polls suggested his tough statement that he expects Britain to present a new proposal on the Northern Irish border to the EU within 24 hours is playing well with voters.

The latest word from European Commission on the Brexit deal is the Sunday, December 10 deadline for the UK PM to return to Brussels with an acceptable proposal.

Speaking to Sputnik, Professor Roger MacGinty of Manchester University's Politics Department commented on the extremely complex political dynamics between Britain and the EU as well as within the Conservative-led Government.

Sputnik: What possible proposals or concessions could Prime Minister May make on Northern Ireland that would be acceptable to all sides?

Roger MacGinty: I suspect that some creative word-play might be the route to solve this. Civil servants in London, Dublin and Brussels will be poring over the thesaurus. The DUP will demand some form of wording, or a side deal, that assures them that Northern Ireland is an integral part of the United Kingdom. 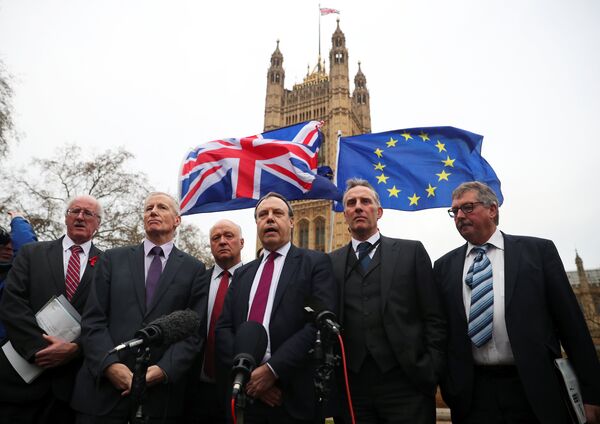 Sputnik: What do you think motivated the DUP's rejection of the agreement on Monday? Had they judged that the Prime Minister was going to let Northern Ireland stay in the Customs Union?

Roger MacGinty: The DUP have a long history of truculence in negotiations. They boycotted the negotiations that led to the Good Friday Agreement because Sinn Fein were in the room. Their campaign slogans often begin with the word "no."

Their base expects them to defend the Union with the United Kingdom and so they cannot be seen to back down. There is also no doubt that they enjoy the limelight. It sells well back home. 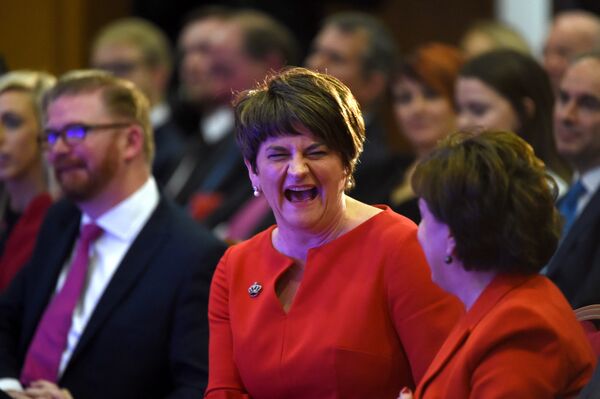 Sputnik: Is this an issue the DUP might actually be prepared to collapse the Government over?

Roger MacGinty: Bringing down the British government may be a step too far for them though. They fear a Jeremy Corbyn-led government. They regularly accuse Corbyn of being a "terrorist sympathiser" and he is clear that he supports a united Ireland.

The DUP enjoy holding the knife to Theresa May's throat and quite a few Tory back-benchers are encouraging them to keep it there. The Brexit fanatics see the DUP intervention as a good thing. 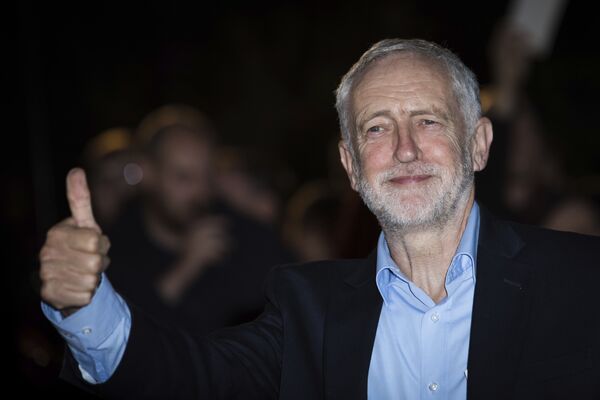