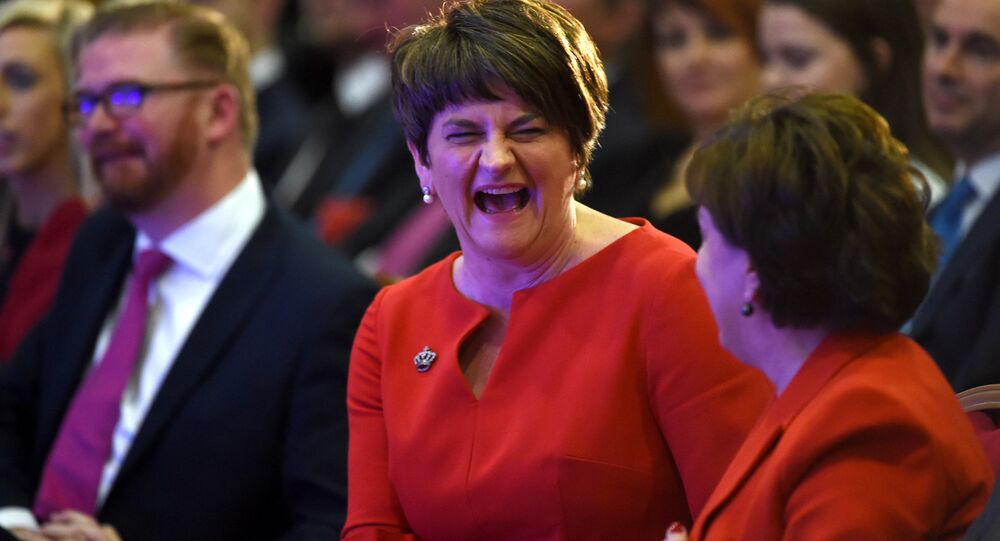 Theresa May attempted December 6 to paper over differences between her and Democratic Unionist Party (DUP) leader Arlene Foster, which derailed UK PM's attempts to finalize an agreement with the European Union two days prior.

The DUP leader reportedly spoke by telephone to Theresa May, the two being partners in Government, after refusing her calls for 24 hours against the backdrop of widespread speculation as to the state of the relationship between the women and their two parties.

Various media reports on the contents of the call indicated the DUP leader thought the border issue still requires further work to be done by London.

We will not accept any form of regulatory divergence which separates Northern Ireland economically or politically from the rest of the United Kingdom. pic.twitter.com/uCBVdfVQTJ

The DUP had feared any plans to keep Northern Ireland in the Single Market or the Customs Union would create an economic border between Britain and the island of Ireland rather than between Northern Ireland and the Republic of Ireland.

A final settlement over the vexing issue of the UK's border with the Republic of Ireland would have allowed Brexit negotiations to move to their second stage, the hammering out of a trade agreement between Brussels and London.

During Parliamentary Question Time December 6, Labour leader Jeremy Corbyn alleged the DUP leader did not receive the details of agreement until the morning of December 4 when it was set to be announced.

The reason for today’s failure in the Brexit talks is the grubby deal the Tories did with the DUP after the election. Each passing day provides further evidence that @Theresa_May’s Government is completely ill-equipped to negotiate a successful deal for our country.

​The Prime Minister claimed significant progress in the talks with Brussels, which drew laughter from the opposition, stating "Nothing is agreed until everything is agreed."

The Conservative Party relies on the DUP's 10 Members of Parliament to keep its parliamentary majority and its right to govern since its unexpectedly poor showing in the June 2017 General Election.