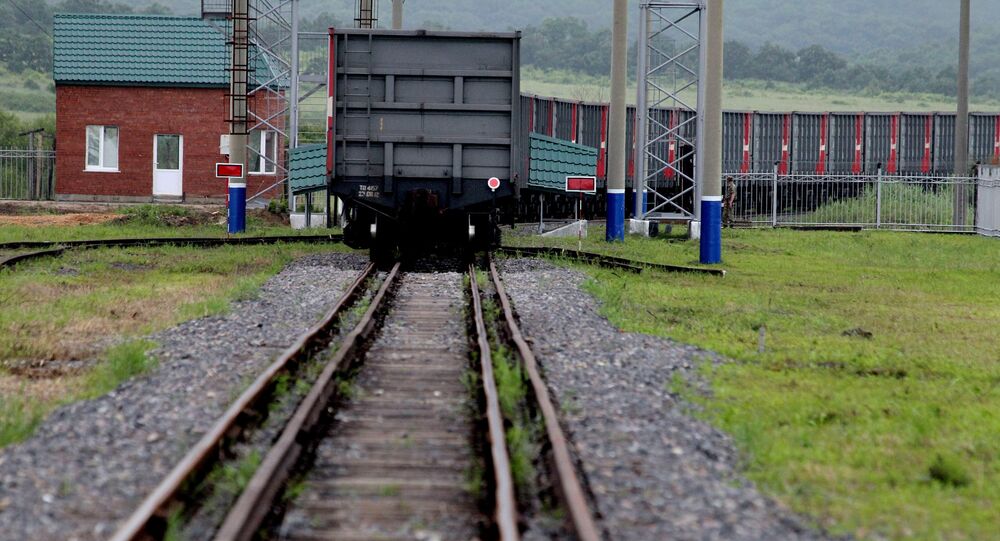 After a protracted slump, the Finnish economy is experiencing a marked upswing, exhibiting the EU's fastest growth rate amid booming exports to neighboring countries, including Russia.

According to an estimate by Aktia Bank, Finland is among those countries benefitting the most from current global economic growth. The Nordic nation's economy has picked up steam, achieving 3.1 percent GDP growth, more than all figures promised in previous forecasts. The industry's order books are well-stocked and exports are booming.

Finnish exports to fellow Baltic Sea countries like Germany, Sweden and Russia are flourishing. The Russian economy, which is now posting GDP growth of around 2 percent, has benefitted greatly from higher oil prices, which, in turn, has galvanized Finnish exports of raw materials eastward.

© REUTERS / Attila Cser
Crikey! Finland Bakes Bug Bread With Seventy Crickets a Loaf
At present, the global economy is characterized by increasingly strong growth, with economies like those of China and Brazil growing at an average rate of 4.8 percent annually. Europe's growth is considerably more modest, at 2.2 percent. According to Aktia's prognosis, Finland's economy will continue to perform better than the EU average, growing by 2.6 percent next year.

"China has taken over as the engine of global growth, which makes us increasingly dependent on the economic development of Asian economies," Schauman argued.

In Kouvola, the rail link was described as a "vitamin injection" for the city, which is aspiring to become a focal point for freight traffic between Asia and Europe, national Finnish broadcaster Yle reported.

​Aktia's bright forecast is well in line with figures released by Statistics Finland and the Confederation of Finnish Industries (EK). The recent EK survey, based on interviews with over 1,300 domestic companies, indicated businesses' solid trust in economic growth, with the confidence curve rising for manufacturing, construction, retail and service industries.

The recent survey by Statistics Finland indicated that 47 percent of Finns assume that their economic situation will improve further next year.

According to Aktia's data, however, the employment rate has risen to 70 percent, which is still below the government target of 72 percent.

The 2009 financial crisis wiped out over 8 percent of Finland's GDP. To make matters worse, iPhone and smartphones from Asia destroyed the once-impressive market share of Finland's national brand Nokia, halving its mobile phone sales from over 120 million in 2010 in just two years' time. Finland's GDP shrank further amid Western trade sanctions against Russia. Since 2014, as much as half of the €15 billion in trade with the country's eastern neighbor has vanished.