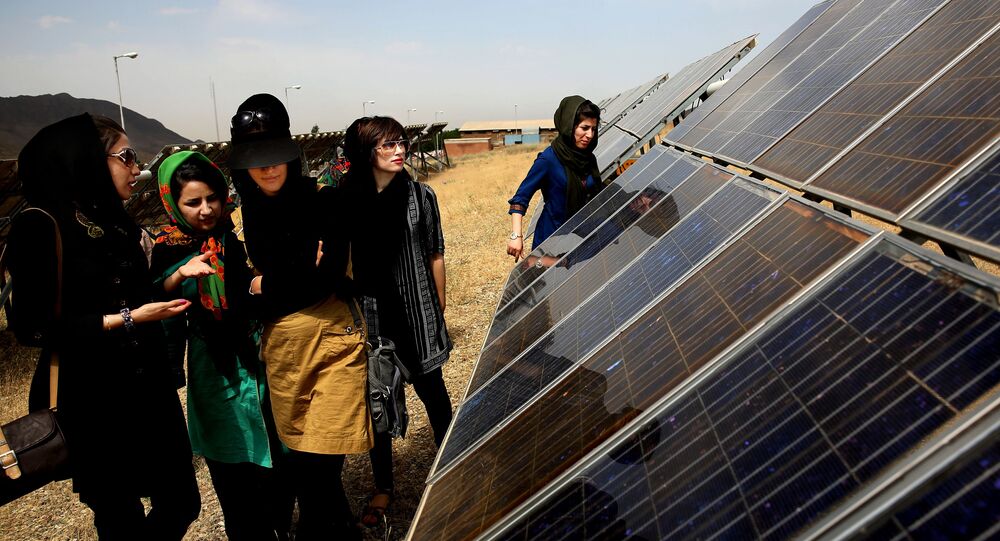 The move comes just days after Donald Trump refused to certify Tehran's compliance with the nuclear deal and called for more sanctions against the country.

On Tuesday,  Saga Energy, a Norwegian solar company, and Iran's Amin Energy Developers signed a $4 billion investment deal to install two gigawatts of solar panels in the country’s deserts, according to a report released by Iranian Press TV.

The project is set to be financed by a consortium of European private and state investors.

​"We hope to build a factory in Iran to build the panels so that we are also generating jobs," the broadcaster quotes Saga's Development Manager Gaute Steinkopf as saying.

"Norway is fully committed to the JCPOA (Joint Comprehensive Plan of Action) and this is proof that we have taken the opening very seriously, and we will see more investment very soon," Norway’s Ambassador to Tehran Lars Nordrum noted during the signing ceremony.

​The deal comes just days after US President Trump refused to certify Iran's compliancy with the JCPOA. On Friday, he delivered a speech where he gave the US Congress 60 days to decide whether to re-impose economic sanctions on Tehran which had been lifted under the nuclear agreement.

The US leader, however, did not pull Washington out of the agreement, which was brokered back in 2015 by members of the P5+1 group.

​Following Trump's announcement, EU foreign policy chief Federica Mogherini has said that the EU, which was also part of the deal, remains committed to the agreement, while German Foreign Minister Sigmar Gabriel has said that Berlin would try to persuade the US Congress to keep the deal.

"I'd like to thank Norway, which has always been one of the best friends to Iran, for this exciting opportunity," said Saeid Zakeri, head of international affairs at Iran's Amin Energy Developers.

The JCPOA was signed in 2015 between Tehran, the five Security Council powers, (Russia, China, France, the US and the UK) and Germany and the EU.

After Donald Trump's announcement, many members of the deal stated that they believe that Iran is in full compliance with the agreement.