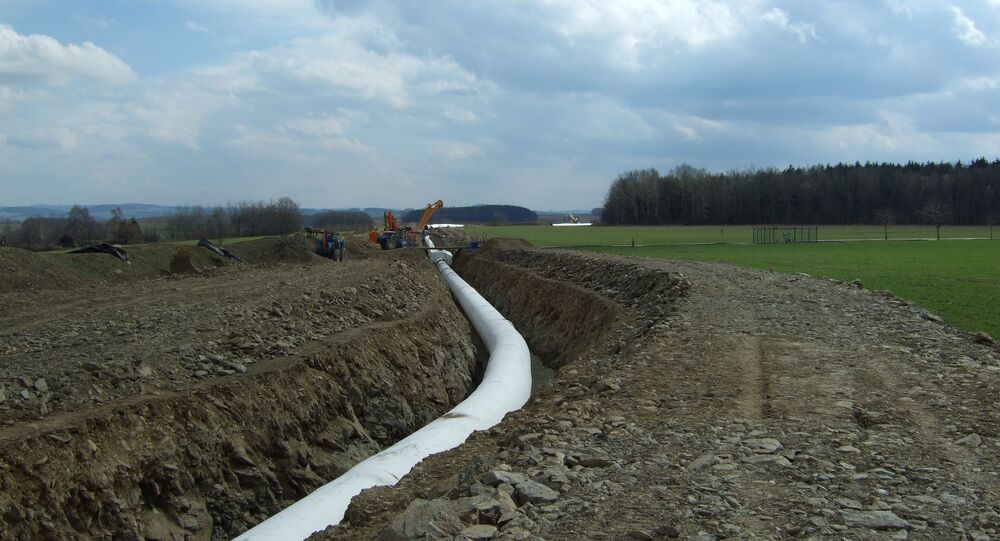 On Friday, the Higher Regional Court of Dusseldorf struck down on provisional measures that had restricted Gazprom's access to the German OPAL pipeline, which were enacted following a complaint by Poland's state-run oil and gas company PGNiG.

Radio Sputnik discussed the issue with Justin Dargin, global energy scholar at the University of Oxford.

"More mature economies of Western Europe are not afraid to cooperate with Russia in order to achieve the stability of their energy supplies," Dargin told Radio Sputnik. "So if you look at this, there are actually several benefits that can be derived from the recent court willing," he noted.

Earlier, a spokesman for German regulator Bundesnetzagentur noted that the permission to bid for an increased capacity of the OPAL gas pipeline does not grant Russian energy giant Gazprom any exclusive rights and does not undermine the European gas supply security.

"The anticipated award of additional capacity via the European capacity platform PRISMA does not provide exclusive rights for Gazprom. Rather, the award procedure corresponds to the general network access regime, thus other companies can also participate in the capacity auctions. In Bundesnetzagentur's view, the underlying regulations therefore strengthen competition. The security of gas supply is not endangered by this," Michael Reifenberg said in an interview with Sputnik, answering the question of whether Poland's claims were reasonable.

© AP Photo / Frank Hormann
Gazprom Able to Participate in Auctions on OPAL Extended Capacities Following Court Ruling
In Dargin's opinion, the court's decision is especially beneficial for Germany, which wants to decrease the amount of carbon emissions within the country. Moreover, it also has financial advantages for EU countries, he argued.

"If we look at the financials of it, there is an actual benefit — for the EU and, in particular, for Germany — simply because Gazprom would be able to ship gas to Germany and won't have to pay the transit fees. As a result, European consumers will be able, perhaps, to acquire gas at a much lower price," the expert concluded.