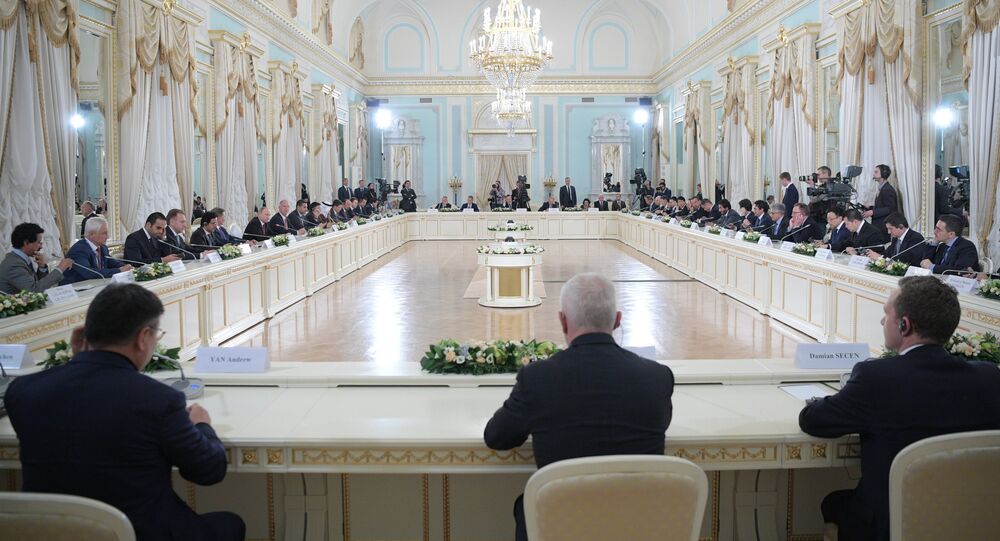 The US broadcaster CNN's report addressing alleged ties between the Russian Direct Investment Fund (RDIF) and the team of US President Donald Trump contained factual errors, the RDIF spokesperson said Friday, adding that the fund's work fully complied with all standing legal requirements and does not violate the US sanctions regime.

© CC BY 2.0 / Kmccoy / United States Capitol
Forget About Ukraine: 'Sanctions Go to Those Areas Where Russia Exceeds and the US is in Trouble'
MOSCOW (Sputnik) — Earlier in the day, CNN reported citing a source about the US Senate intelligence committee investigating the meeting of RDIF CEO Kirill Dmitriev and Anthony Scaramucci, a member of Trump's transition team. The broadcaster said that the inquiry was carried out in connection with the committee's probe into talks between Trump's senior adviser Jared Kushner and Sergei Gorkov, the chair of Russia's Vnesheconombank (VEB) Executive Board.

The report stated that the RDIF was the entity of the VEB, covered by the 2014 US sanctions restricting US cooperation from these organizations. According to the CNN report, the discussion between Dmitriev and Scaramucci could include the issue of the sanctions being lifted, which would help the fund attract more international investment to Russia.

"CNN’s report contains factual inaccuracies which we have pointed out to the journalists concerned and expect to be corrected, but no amendments have been made so far. The Russian Direct Investment Fund (RDIF) became an independent sovereign fund in 2016, following the adoption of a special federal law. Consequently, RDIF is not a part of Vnesheconombank and its operations are wholly independent of the bank. RDIF always operates in full compliance with relevant regulations and legislation and its operations do not violate sanctions," the RDIF spokesperson said.

The RDIF's main task is carrying out cooperation with international partners, for joint investment, the fund's representative further added. The joint investment carried out by the US companies together with the RDIF, as well as the meetings with the representatives of the fund incite no violations and do not fall under the sanctions or any other restrictions, the spokesman noted.

"RDIF participated in Russia-USA business meetings as part of the St. Petersburg International Economic Forum (SPIEF) in 2017 and strives for continuous dialogue to increase flows of trade and investment to the benefit of both countries. Participants from both sides have confirmed that these were constructive discussions which contribute to economic and political stability," the spokesperson added.

The aforementioned meetings between Russian and US officials were reported by the US media early this year, prompting concern from the US lawmakers who are currently holding an investigation into Russia's alleged interference in the 2016 US presidential election, won by Trump. Washington's claims that Moscow meddled in the election have been repeatedly denied by Russia's leadership over the lack of any evidence, as well as by Trump and his cabinet.

"US investors continue to invest in Russia, including co-investing with RDIF. According to Ernst & Young’s recent European investment attractiveness surveys, US investments in Russia have grown by 31% in 2016 compared to a year earlier," the spokesperson said.

On June 14, the US Senate approved new sanctions against Russia on the pretext of the alleged meddling. The new sanctions include additional measures targeting Russian defense, intelligence, mining, shipping and railway industries, and restrict the dealings of US individuals or entities with the country’s banks and energy companies.

The bill is yet to be approved by both the House of Representatives and the administration of Trump.