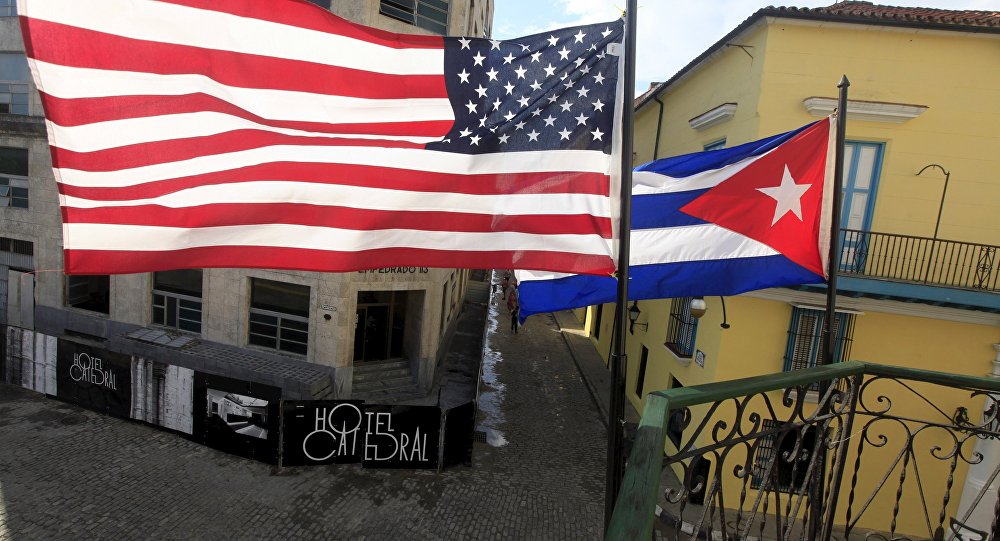 Secretary of State Rex Tillerson said Washington supports Cuba's economic development as long as it does not help its government.

WASHINGTON (Sputnik) — The United States encourages continuous economic development in Cuba as long as the process does not financially contribute to the country's regime, US Secretary of State Rex Tillerson stated in a congressional testimony on Tuesday.

"We are supportive of continued economic development [in Cuba] as long as it's done in compliance with our existing statutes not to supply finances to oppressive regime," Tillerson told the US Senate Foreign Relations Committee.

Tillerson expressed concern that "very little" has been done as part of the US effort to curtail the regime in Cuba, which may benefit from the commercial engagement with the United States. 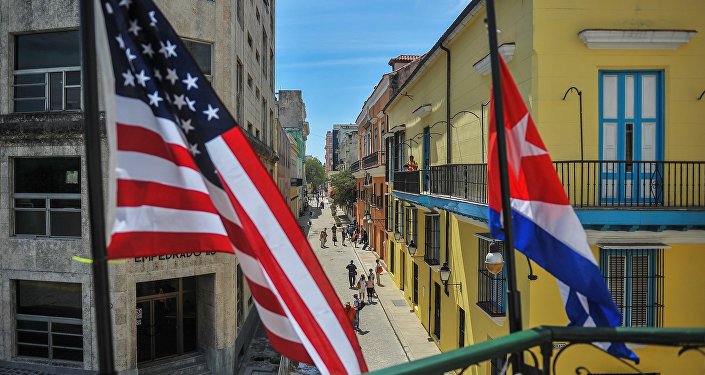 © AFP 2019 / YAMIL LAGE
US and Cuba Have No Choice but 'Be On Good Terms' With Each Other
However, Tillerson reaffirmed the US commitment to putting continuous pressure on the regime in hopes to maintain "sunny side relationship" with Cuba.

President Donald Trump is expected to announce changes to US policy toward Cuba during a visit to Miami, Florida next Friday, media reported.

Trump’s policy changes may please the "hardline Cuban exiles" who supported Trump in winning Florida during the 2016 US Presidential Election, the Miami Herald reported on Friday.

US Policy on Cuba Should Be Based on Dialogue, Mutual Respect - Russian Lawmaker