China Warns Hollywood Has Most to Lose From Entertainment Trade War

The US film industry will suffer if the country's new policy of protectionism is applied to the entertainment business, Chinese film producer Fang Yingchun told Sputnik China. 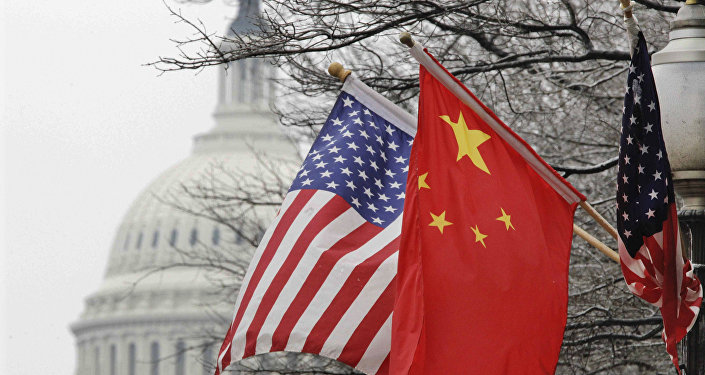 © AP Photo / Charles Dharapak
Incoming US Administration Shows 'Ambivalent Relationship' By Criticizing China
At his inauguration on Friday, US President Donald Trump repeated his campaign promise to follow a protectionist policy that he says will bring more jobs and prosperity to America.

"We must protect our borders from the ravages of other countries making our products, stealing our companies and destroying our jobs. Protection will lead to great prosperity and strength," Trump said.

In previous speeches, Trump has targeted China with criticism of free trade. He has accused Beijing of manipulating the yuan to keep exports more competitive, and threatened to raise import tariffs on Chinese goods.

"We can't continue to allow China to rape our country, and that's what they're doing," he told a campaign rally in Indiana in May.

Speaking at the World Economic Forum in Davos on Tuesday, Chinese President Xi Jinping warned that "no one will emerge as a winner in a trade war."

During a Q&A session at Davos on Wednesday, China's richest man Wang Jianlin also warned the US not to put up barriers to Chinese investment, and talked specifically about the entertainment industry.

He told the forum that Chinese investment in the US "is a good thing," and joined Xi in warning that a trade war with China would backfire for US businesses.

"The main growth market of English-language films is China. It is a major source of income. So, if China were to retaliate, it's bad for both parties. I do not wish to see that materialize," Wang said.

Chinese film producer Fang Yingchun told Sputnik China that Chinese film companies will be less hard-hit by a trade war than US ones, because their income is more dependent on a large internal market.

"Now we see cooperation between Chinese companies and American ones, but most of them (Chinese) have large resources, I think 60 percent of film companies specialize in film production within China and they don't release Chinese films in the US, which I think has a certain impact on the release of American films in China."

© Photo : Youtube / Bazelevs
Russian Fantasy Film About Dragons Sets Chinese Box Office on Fire
"Up to 2017 the quota of American films released in China has been limited, that policy might come to an end this year. Regarding co-operation between China and the US, co-operation in filming could have an impact on box office revenue, which might have a significant impact on the US," Fang said.

The director added that while Hollywood films are popular in China, for some genres Chinese viewers prefer domestic films.

"It depends on the type of film. If you take for example the production of Chinese TV series, then the aesthetics of the audience have changed, as well as the entertainment demands and film production itself."

"You can't say that interest in this kind of film production hasn't changed, (because) three or five years ago everybody really liked Hollywood movies, then science fiction movies and films about the future were in fashion, but they were loved by the Chinese public only for a certain period of time."

"We can see that every year during the celebration of the Spring Festival what the viewer likes – that is mostly still films and historical films produced in China; (domestic) comedies are also popular because most people probably find it easier to understand the culture of their country."

"Now the audience doesn't relate to Hollywood movies like they did before, they would still go and watch it regardless of what the plot was or how it was shot. No, the viewer makes certain demands of the Hollywood product, they all have their opinion, no-one goes to the movies blind and they won't love it just because it's a Hollywood film," Fang explained.

Chinese Factory Cashes in on Trump With Look-Alike Rooster Balloons