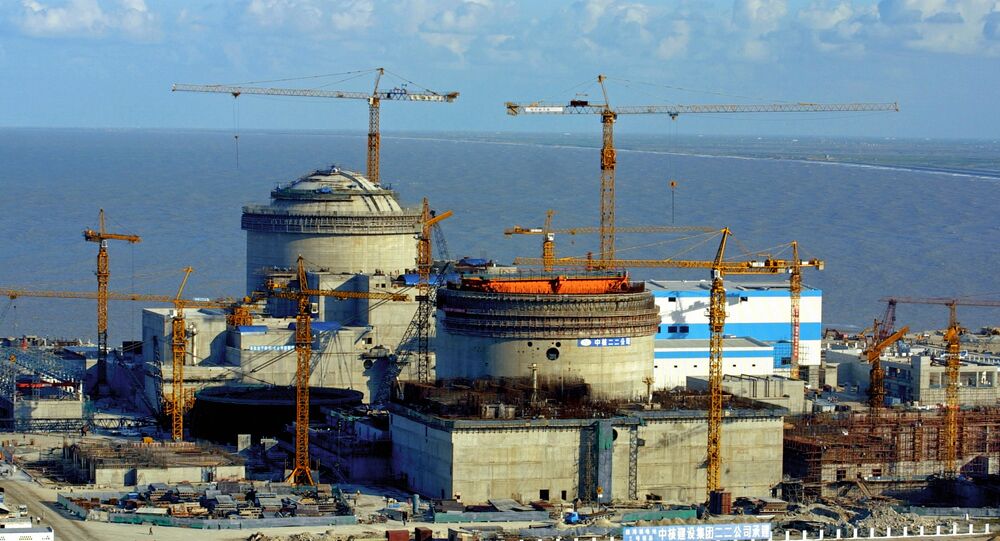 BEIJING (Sputnik) — Yang held a meeting with UK Prime Minister Theresa May on Tuesday. The sides discussed developing the strategic partnership between the two countries, improving bilateral trade and investment as well as addressing various security challenges, according to Downing Street.

China also plans to step up coordination on various global and regional issues, he added.

© CC0 / NNSA / Nevada Site Office / The BADGER explosion
Chinese Press Calls for Nuclear Build-Up to Face Trump’s US
“They also touched on foreign policy issues, including Afghanistan, where they agreed the UK and China should pursue enhanced cooperation in support of Afghan reconstruction,” Downing Street said on Tuesday.

In late September, the UK government signed a final agreement with the French electricity company EDF for construction of Hinkley Point C nuclear power station. EDF plans to co-finance it together with China General Nuclear Power Group (CGN). The nuclear power plant is expected to meet 7 percent of the UK's energy needs once it opens in 2025.

In July, the prime minister delayed the signing of the project due to concerns over Chinese participation.