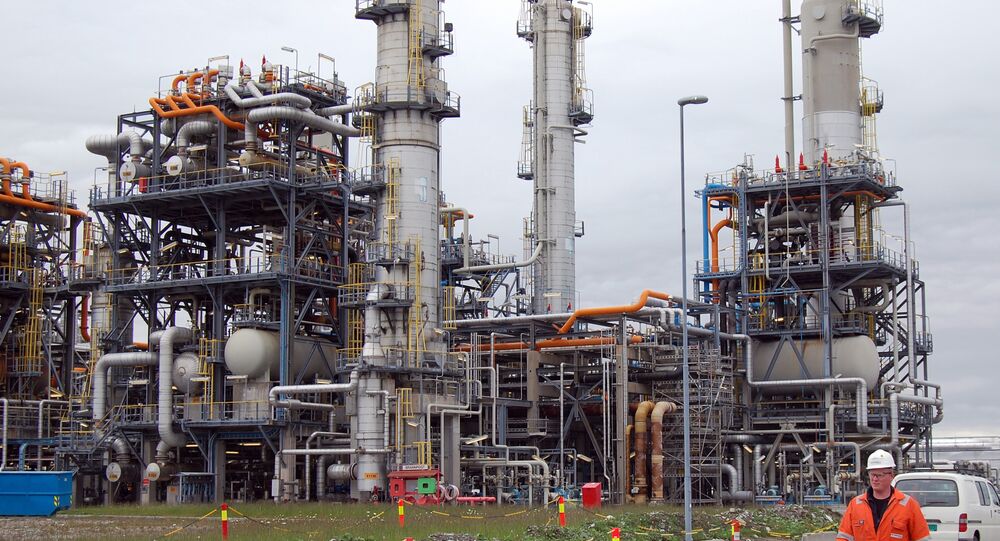 Oil-rich Norway, which despite its modest size is one of the world's largest energy exporters, was predictably one of the worst-affected countries when oil prices plummeted two years ago. Today, the country's oil-driven economy seems to be picking up, which may be a positive signal for other oil exporters.

© Wikipedia / russavia
Norway's Oil Fund Makes a Killing on 'Prison-Like' Refugee Camps
Since 2014, tens of thousands of jobs have been lost in the Norwegian oil industry, mostly in western and southern Norway. During the same period, unemployment rose from 3 percent to 4.8 percent earlier this summer, the government site National Statistics reported.

Norway's Finance Minister Siv Jensen of the Progress Party admitted that the decline of the oil industry has caused major problems for Norway, yet expressed cautious optimism.

"It was demanding, primarily for companies, as well as individuals who lost their jobs," Siv Jensen told Swedish Radio. According to Jensen, the main challenge for the Norwegian economy was the greatly reduced contribution from the oil industry.

© Flickr / GothPhil
Easy Come, Easy Go: Norway's Oil Capital Parts with Transient Enjoyments
However, the latest surveys suggested that unemployment had stopped increasing. A recent report by the Norwegian central bank indicated that the decline of the oil industry has slowed down, whereas other industries even displayed sparse growth this summer. The staffing company Manpower reported an increase in the number of Norwegian employers who want to hire in the coming quarter for the first time since the beginning of 2014.

"According to all industry barometers, now it seems like the bottom has been reached for the Norwegian economy," Siv Jensen told Swedish Radio, lauding Sweden's capacity for starting new businesses and promising to catch up with its neighbors.

"Although I do not want to hoist the flag prematurely, such a thorough report is very important for the Norwegian economy," Jensen earlier told the Norwegian newspaper Stavanger Aftenblad.

Earlier this week, the Finance Minister said at a seminar at Bergen's National Research University Higher School of Economics that oil prices are unlikely to return to their previous record levels. Nevertheless, she stressed the fact that the Norwegian economy is prepared for decades of huge revenues from oil and gas. According to Jensen, the Norwegian economy is set to pick up already next year.

© Sputnik / Sergey Eshenko
Norway's Distressed Oil Industry Relies on Russia Against Gov't's Wishes
Jensen's statements were anticipated by the Norwegian oil giant Statoil, which announced it will get orders of around 30 billion NOK (some $3.7 billion) for the planned expansion of the Johan Castberg oil field in the Barents Sea. By its own admission, Statoil had "changed its concept" and was thinking of new ways to create jobs in the affected oil sector.

Of late, Statoil has been pressurizing the Norwegian government to allow more offshore oil and gas exploration in the Arctic. So far, Norway's conservative coalition government has been sympathetic, whereas environmentalists are firmly opposed. Fredric Hauge of the environmental watchdog Bellona expressed skepticism, since only around 300 new jobs may be generated in northern Norway, whereas the environmental damage may prove enormous, Stavanger Aftenblad reported.

This is Why Norway Cannot Replace Russia in European Gas Market