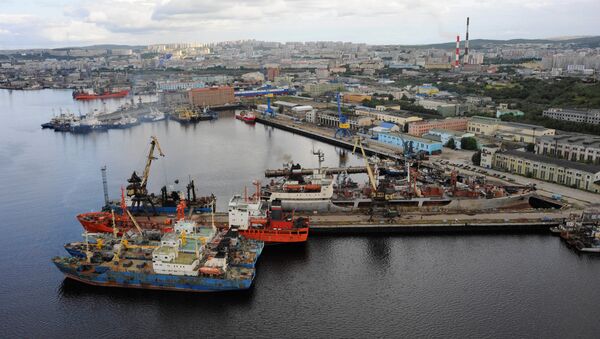 Despite its sturdy public image and renowned welfare solutions, the Norwegian economy remains heavily dependent on oil and was therefore one of the hardest hit by the oil crisis. Remarkably, many Norwegian businessmen have relied on Russia to solve the country's swelling economic problems, despite the government's hard line against Moscow.

Dealing With Russians the Norwegian Way: It's All About Respect and Trust
Kirkenes-based company Barel has profited from its production in Russia and finds it strange that the crisis-affected Norwegian oil industry has failed to use possibilities in its vast neighboring country. For over ten years, Barel's Sales Director Geir Torbjørnsen has benefited from the Russian market and believes the Norwegian oil industry can do well in numerous gas projects in northwestern Russia.

"Some 35,000 people have lost their jobs in western Norway alone, so why don't oil engineers learn some Russian vocabulary and get busy?" Geir Torbjørnsen asked rhetorically Norwegian national broadcaster NRK.

In the years to come, a number of large-scale gas projects are scheduled to be built in the Russian part of the Arctic, and Torbjørnsen thinks Norwegian players should not miss the opportunity.

"With such large projects not affected by sanctions, it would be strange of us not to take action," he said.

At All Costs: Oil-Rich Norway to Pay Dearly for Carbon Neutrality
In 2014, Norwegian oil companies had an overseas turnover of over 200 billion kroner (roughly 25 billion dollars). Regional director the Confederation of Norwegian Enterprise in Rogaland Svein Olav Simonsen believes it is only a fraction of what it could have been. According to Simonsen, the Norwegian authorities ought to provide better help to companies trying to establish their business in Russia.

"It is a common challenge that we do far too little abroad in terms of the potential we have," Simonsen told NRK.

Simonsen, who previously served as CFO in an oil-technology company, also stressed that many businesses tend to avoid Russia because of the potential criticism by Norwegian authorities.

"If only we had received more help from the Norwegian government, we may have had second thoughts," he said.

Burst of Energy: Norway Bets on Costly Research to Avoid Oil-Pocalypse
Atle Berge of the Norwegian construction company Ølen Betong, which is present in Russia's Murmansk, is also highly critical of the Norwegian policy towards Russia. According to him, many potential investors have been scared off by Norway's negativism.

"The official Norwegian message is so negative that it scares off everyone," Berge said.

However, Communications Advisor at Norway's Foreign Ministry Rune Bjåstad stressed in an e-mail to NRK that restrictive measures were necessary in response to Russia's "violation of basic international rules."