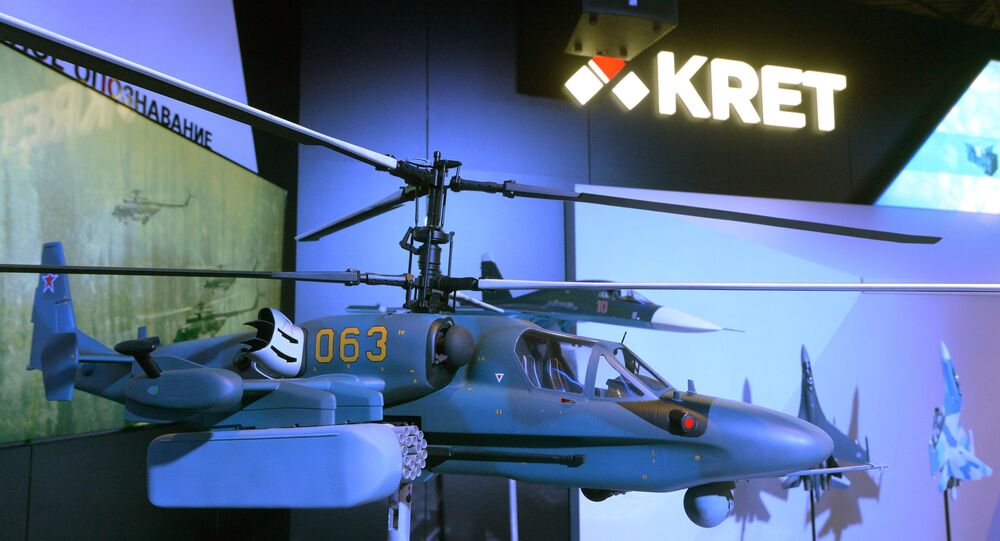 According to reports, Russia may supply Algeria and Egypt with the onboard defense system President-S (ODS) used for military and civil aircraft.

© Flickr / European External Action Service
Russia, Algeria to Expand Cooperation as Partnership Deepens: Minister
DUBAI (Sputnik) – Russia may supply Algeria and Egypt with the onboard defense system President-S (ODS) used for military and civil aircraft, as pre-contract work on delivery is underway, the developer of the system said Monday.

ODS is designed to protect planes and helicopters from being hit by missiles, air defense and anti-aircraft artillery. The defense system is currently installed on Ka-52, Mi-28 and Mi-26 helicopters.

"A pre-contract work on the delivery of the onboard defense system President-S to Algeria and Egypt is ongoing," Igor Nasenkov, the first deputy general director of the Concern Radio-Electronic Technologies (KRET), told RIA Novosti at the Dubai Airshow-2015.

The system allows automatic detection of a rocket launching in the vicinity and initiates passive and active interference in infra-red and radio frequencies, to disrupt a rocket’s targeting system.

The ODS system can be located inside an airframe fuselage or as an external unit on helicopters and fixed wing aircraft.