Sharp Slowdown Seen in US Economy as Inventories Pile Up

Economic expansion in the US slowed dramatically in Q3 as most businesses opted to store raw materials instead of increasing manufacturing output due to the weak factory gate inflation and sluggish demand. 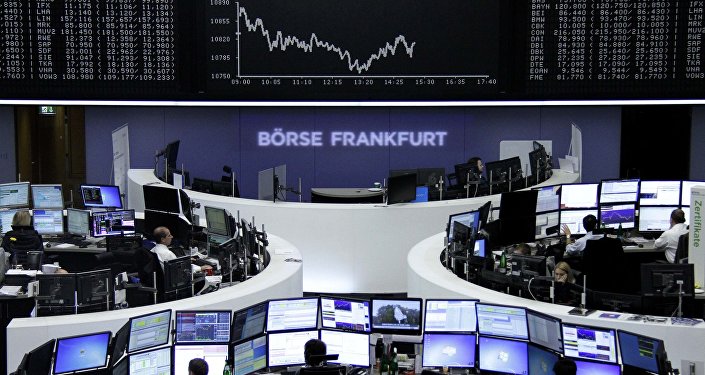 © REUTERS / Staff/remote
Domestic Demand Drives Eurozone Economy to Unexpected Monthly Gains
Kristian Rouz — Economic growth in the US slowed significantly to only 1.5% in the July-September period from the second quarter's robust 3.9%. The increase in warehouse-stored inventories was the tip-off to the overall slowdown in business activity. Still, consumer demand remained strong, and that coupled with hopes for a pickup in domestic manufacturing amidst low commodity prices, allows for slightly brighter outlook into the fourth quarter.

According the US Department of Commerce data, the economy added an annualized 1.5% in Q3 after accelerating to 3.9% the previous quarter. The warehouse glut indicated most manufacturers opted to store raw materials instead of increasing industrial output, perhaps hoping for higher returns later as commodity prices weaken further. The situation will hardly persist as most US warehouses are running out of storage space, most notably, oil storage facilities, thus suggesting the current commodity prices are just at their lowest possible at the current scale of economic activity.

The US Federal Reserve, however, more optimistic of the broader economic situation, even hinting at a possible December increase in borrowing costs. Monetary tightening measures usually hurt economic growth, meaning the Fed are expecting a Q4 acceleration.

"Underlying growth is still strong, or at least, strong enough to handle interest rates not being at emergency low levels anymore," Jennifer Lee of the Toronto-based BMO Capital Markets.

The Fed assess the current pace of economic expansion as ‘moderate', yet they see strong fundamentals in robust domestic consumer spending.

© AFP 2019 / BRENDAN SMIALOWSKI
US Fed Losing Control Over Banks Amid Abundance of Money Liquidity
Still, even the most pessimistic forecasts suggested the Q3 growth to slow to 1.6%, and the actual figure is below that. During the period, a buildup in inventories was the slowest since the gruesome winter in Q1 2014, at $56.8 bln net worth compared to that of $113.5 in Q2 this year. Inventories slumped across the board: in manufacturing, wholesale, and retail.

Insufficiency in the US storage space cut off some 1.5% of the final Q3 GDP reading. Considering other negative factors, the US economic expansion could still have been above 3% in the third quarter.

With the US unemployment rate close to its 1973 reading at about 5%, the outlook is moderately optimistic. Inflation slowed again to 1.3% excluding food and energy in Q3 from 1.9% the previous quarter.

A stronger dollar continues to hurt US exports and overseas corporate revenues. Imports dropped, too, lowering the international trade impact to the US GDP to almost negligible in the third quarter. 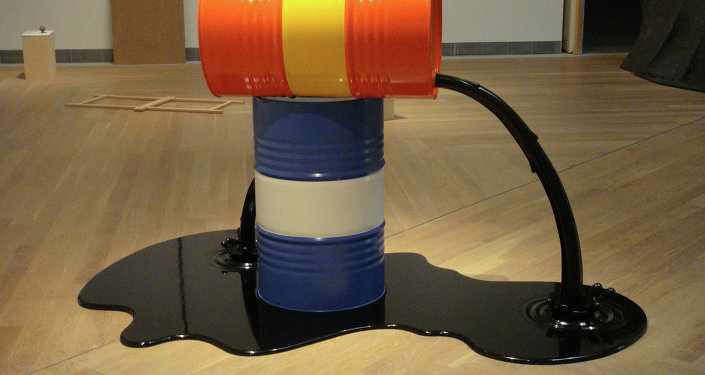 © Flickr / olle svensson
World’s Largest Wealth Fund Hit by Oil Slump, Emerging Markets Volatility
Cheap oil is impairing the performance of the US energy companies, at the moment spending more than they earn and trying to fix the situation to not much avail so far. Larger enterprises like Schlumberger and Halliburton are further cutting investment in drilling and exploration (spending fell by 46.9% in the US energy sector compared to 68% in Q2), while energy small caps limited the scope of their activity to the most profitable oilfields. The energy sector was a significant drag to the overall economic performance this quarter.

Broader business investment stood at the last quarter's readings. Spending on new machinery added 5.3% year-on-year, the twelve-month highest. However, investment in research and development dropped to 1.8%, the lowest its been for two years.

UK Economy Slows to 0.5% in Q3 as Manufacturing Tumbles

As Crude Imports Rise Again, US Plans to Sell Off Strategic Oil Reserves