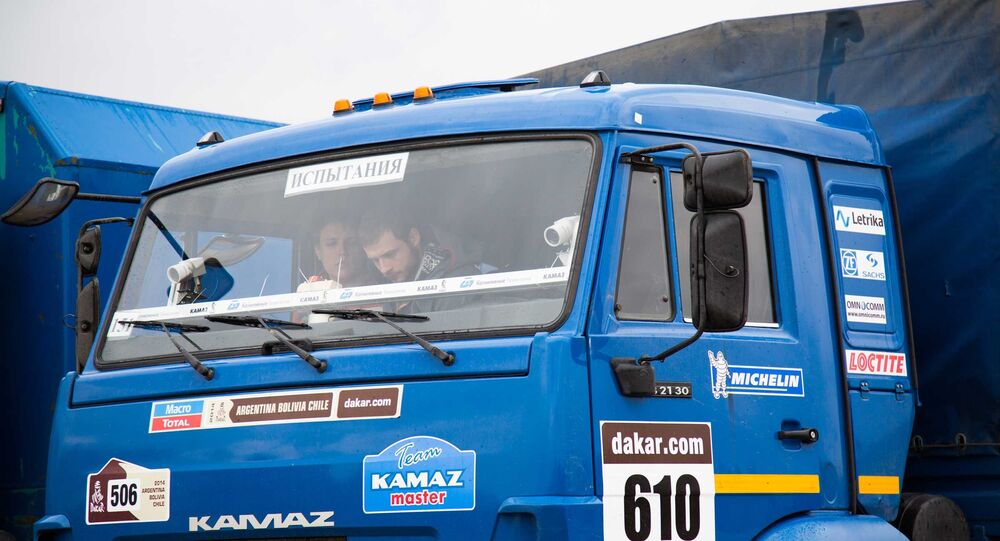 Kamaz's new driverless trucks, already undergoing extensive testing, is set to go on a tour of European Russia. Beginning next year, testing will begin on the Moscow-St. Petersburg motorway. After that, the company plans to take its creation on a real cross-continental road trip, from Helsinki to Beijing.

Beginning next year and for the next three years, prototypes of the Kama Automobile Plant's new self-driving truck will begin touring European Russia on stretches of the M11 Moscow-St. Petersburg motorway, a toll road which, when completed in 2018, will stretch nearly 700 km.

Business newspaper Vedomosti explains that the testing will be carried out in accordance with the "High Speed Transport Corridors for Unmanned Vehicles" initiative, a section of the Russian government's "National Technology Initiative" discussed last week by Prime Minister Dmitri Medvedev. It's unclear at this point how much of the 10 billion rubles committed to the multi-year transport initiative may be committed to the Kamaz project.

KAMAZ
Exclusive Peak at Russia's New Driverless Monster (Video and Photos)
According to the newspaper, testing will be carried out using 5-10 ordinary Kamaz trucks, each of them equipped to be capable of autonomous movement. The driver of the lead vehicle will sit back and let the truck run on autopilot, taking over only if necessary on difficult portions of the road. The rest of the vehicles will be set to mimic the convoy leader's behavior.

If testing is successful, the driverless vehicles will go on to test the Russian section of the Trans-Eurasian 'New Silk road', stretching from Helsinki, Finland, to Brest, Belarus and all the way to Beijing, China.

Vedomosti explains that ultimately, "the creation of a network of high-speed roads using self-driving vehicles will allow Russia to become a key transit link in the Eurasian trade system."

The Agency for Strategic Initiatives (ASI), charged with helping to implement the National Technology Initiative, points out that while several automated and semi-automated Kamaz and Gaz Group GAZelle light commercial vehicles are already making the rounds conducting tests of driverless technologies in several Russian regions, for now only Kamaz will be eligible to take to the M11 highway.

Kamaz General Director Sergei Kogoghin previously estimated that the research and development work on the driverless truck will run an estimated 5-6 billion rubles (between $80-95 million US), and that putting them into production will cost another 12 billion rubles ($193 million).

Nevertheless, if, partnering with investors and the state, the legendary Russian truck designer succeeds in developing its driverless vehicle, it will be sure to serve as a major economic breakthrough for a country known for its difficult road conditions and vast distances, all the more so given Russia's strategic position as a major potential trade route between Europe and Asia.

Citing one of the project's developers, Vedomosti indicates that Kamaz fully recognizes the importance of focusing its efforts on the creation of a 'smart' automated vehicle, dependent not so much on an expensive system of roads designed with driverless vehicles in mind as on smart sensing and reaction systems, which will allow the vehicles to operate safely and economically, even on bad roads.

Another Russian automotive company showing interest in the development of driverless vehicles is the Gaz Group. In addition to the testing of its automated GAZelles, the company has also begun experimenting on the creation of driverless Ural trucks. Gaz Group vice president Elena Matveyeva told Vedomosti that the company has not yet considered applying for budgetary support for their efforts.

According to Vedomosti, it may be technically possible to create the necessary conditions for automated transport by 2020.