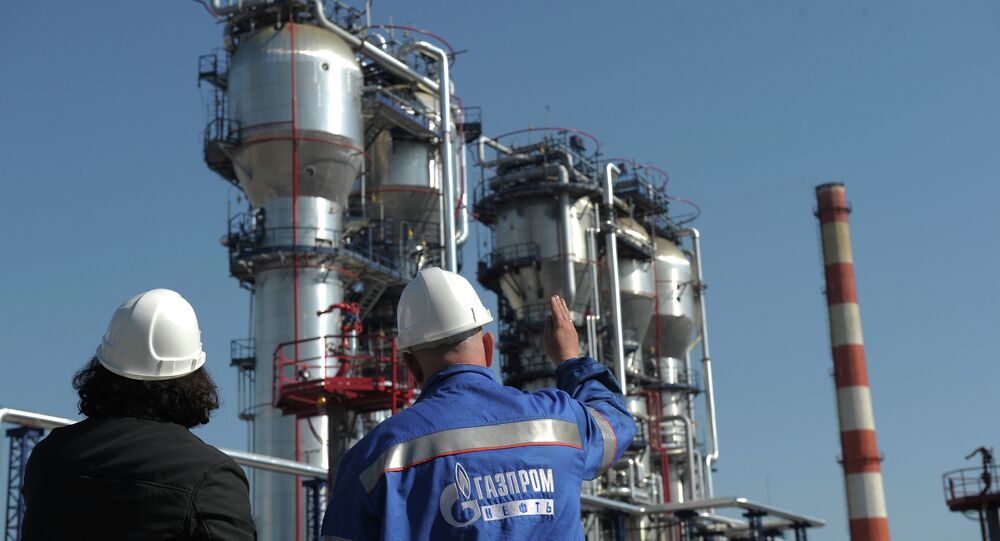 The US energy expert cited Russia's 30-year gas export contract with China as a significant factor providing revenue for the Russian economy in the years to come.

"The Russian energy picture is very strong, having vast resources and the opportunity to supply much of the global demand," McConnell said.

The former official cited Russian energy giant Gazprom's 30-year contract with China's CNPC to export 38 billion cubic meters of gas to China annually via the Power of Siberia pipeline, which was signed in May 2014, as a significant factor providing revenue for the Russian economy in the years to come.

McConnell stressed that non-OPEC countries should be conscious about developing alternatives and their own technologies to promote energy security and not simply focus on existing prices when thinking strategically. Russia and the United States should cooperate on that, he underlined.

"Global leaders must present a united front for energy security without continued domination by OPEC and Middle Eastern countries. This is a point where Russia and America can have conversations," he said.

Speaking on Western sanctions against Russia, McConnell said that they wer not an effective strategy for ensuring global energy security in the long-term.

"Perhaps, in short terms [sanctions] have applications, but long term for energy security this is not effective," he said.

© REUTERS / Brendan McDermid/Files
Sanctions Main Factor for Russia’s ‘Junk’ Rating
The Russian economy is currently undergoing a downturn partially caused by a dramatic drop in oil prices, which is the country's most important export commodity. The ruble has lost about a half of its value against the dollar since mid-2014.

Russia is also affected by Western economic sanctions, imposed on Moscow over its alleged participation in the Ukrainian crisis, a claim the Kremlin has repeatedly denied. The sanctions, adopted in 2014, targeted Russia's energy, defense and banking sectors, as well as certain individuals.