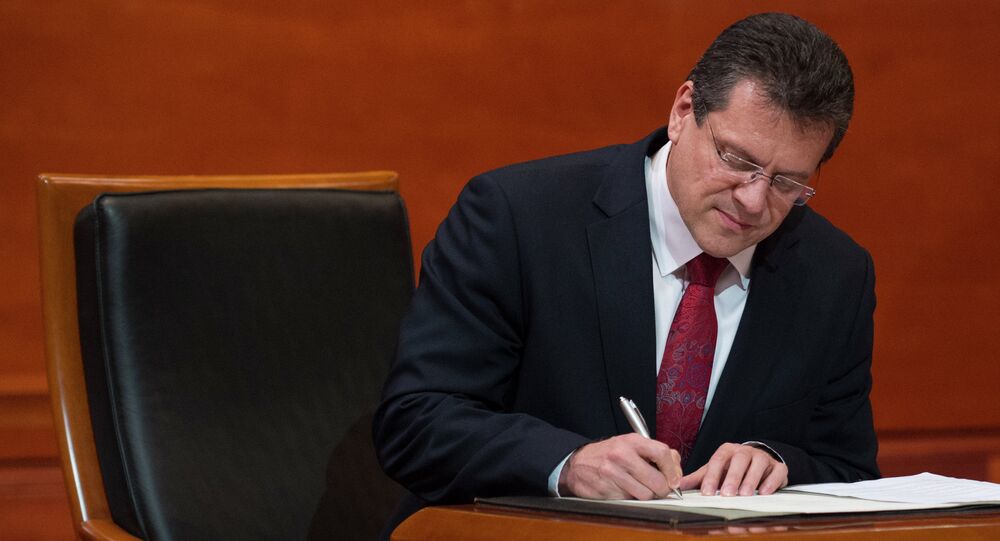 During his upcoming visit to Russia, Vice-President of the EU Energy Union Maros Sefcovic is also expected to meet with Russian Energy Minister Alexander Novak, a European Commission source added.

"This is in the context of monitoring the implementation of the winter package that he is going to Moscow," the source said, adding that during his upcoming visit to Russia Sefcovic would meet with Russian Energy Minister Alexander Novak. The source did not specify whether any other meetings could be expected, as the program of the visit is still being written.

On October 30, Russia and Ukraine concluded the so-called winter package agreement ensuring supplies of Russian gas to Ukraine from December 2014 until March 20, 2015. According to the agreement, Russia resumed gas delivery to Ukraine, while Kiev was obliged to pay part of its debt which exceeded $5 billion to Gazprom before the end of 2014.

In June 2014, Gazprom halted gas deliveries to Ukraine and switched it to a prepayment system over the country's multiple payment failures and large debt.