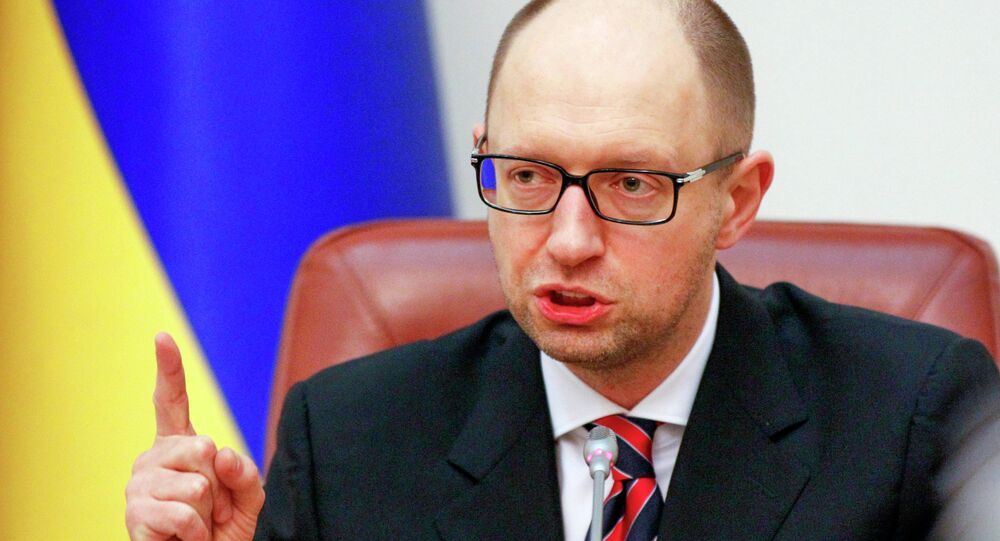 Legislation that allows investors from the United States and Europe to secure up to a 49 percent share in the country's gas transportation system was signed by Ukrainian President Petro Poroshenko in September 2014.

“I would like to call on European enterprises to invest — under Ukrainian legislation they are allowed to invest and purchase up to a 49 percent share in our gas transport system. We would be happy to see German investors in Ukraine,” Yatsenyuk said following a meeting with German Chancellor Angela Merkel in Berlin.

© Sputnik / Igor Maslov
HRW Wants Germany to Persuade Ukraine to Stop Using Explosives on Civilians
In September 2014, Ukrainian President Petro Poroshenko signed legislation authorizing the government to establish an operator for the gas transportation system, allowing investors from the United States and Europe to secure up to a 49 percent share in it.

According to the document, the gas transportation system and underground storage facilities remain state-owned, but can be managed by companies created specifically for this purpose, if the state owns a controlling stake.