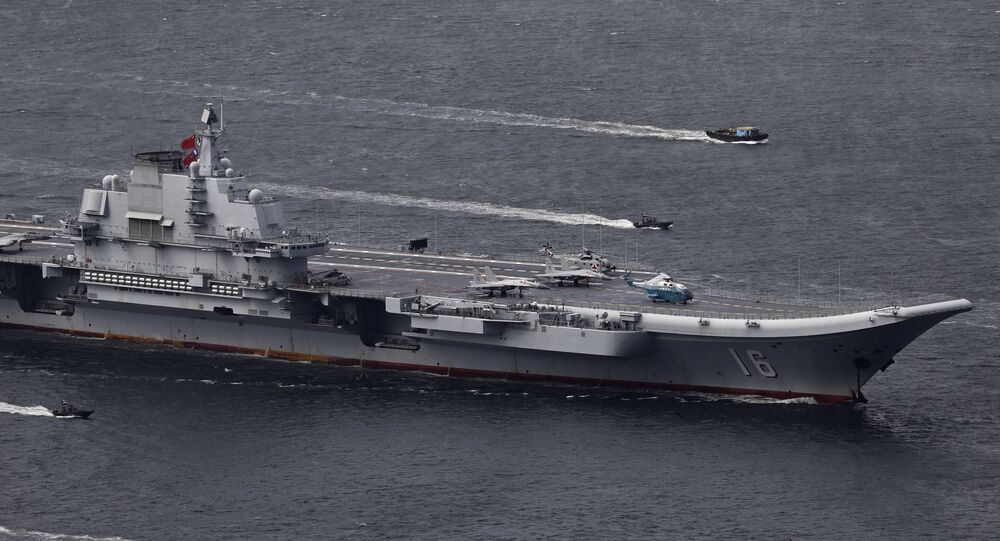 US Would Have ‘No Chance’ at Stopping Chinese Strike on Taiwan, Military Expert Says

Tensions between the US, China and Taiwan reached new levels under the Trump administration after Washington largely expanded its military support for the self-governing island. Since taking over the reins, the Biden White House has worked to avoid further escalations, all while maintaining its One-China policy.

Should the US ever seek to intervene in a Chinese military operation involving Taiwan, American officials would have zero chance of successfully preventing mainland forces from arriving on the island nation, a military expert recently claimed.

Du Wenlong, a military expert who serves as the director of the Chinese Military Culture Society, remarked during a Defense Review panel hosted on Chinese state broadcaster CCTV that US efforts to stall or shutter a potential Chinese military operation on the island would likely be in vain.

The official’s commentary came as China has been holding a massive, six-day military exercise along its eastern coastline in the East China Sea. Operations have been held about 135 nautical miles north of Taiwan, a self-governing island that mainland China has long considered a wayward province.

Asked about the drills and whether a hypothetical military strike on Taiwan could be thwarted by American troops, Du indicated that Chinese troops could arrive on the island “in a very short amount of time,” effectively giving US forces “no chance to intervene in a Taiwan Strait conflict.”

“Before US forces arrive, we will have completed all our combat tasks,” he acknowledged.

China Military
Amphibious armored infantry fighting vehicles (IFV) attached to a brigade under the PLA 72nd Group Army drive into the waters during an amphibious training exercise focused on subjects of basic driving, landing craft ferrying and assault wave formation, etc. on May 21, 2021

"The current drills a short distance away [from Taiwan] could be considered a routine exercise, but I think they're specially targeted [at Taiwan]," Du continued. "Taiwan is the target."

He further remarked that the exercises will serve as a “serious warning” to Taiwan, so long as it continues to participate in military engagements with the US.

Although the reports were later denied by the US Department of Defense, local Taiwanese outlets did indicate in late 2020 that US Marines were in the midst of training troops on the island for the very first time since 1979.

In fact, the US has a history of concealing its troop deployments and the self-governing island is no different, especially after it was revealed in April 2019 that the US had been stationing forces at its de-facto embassy - the American Institute in Taiwan - for over 10 years.

The latest drills held by mainland China come as the US continues to conduct its freedom of navigation operations in the region, which have prompted repeated Chinese warnings about American vessels illegally trespassing in its waters.