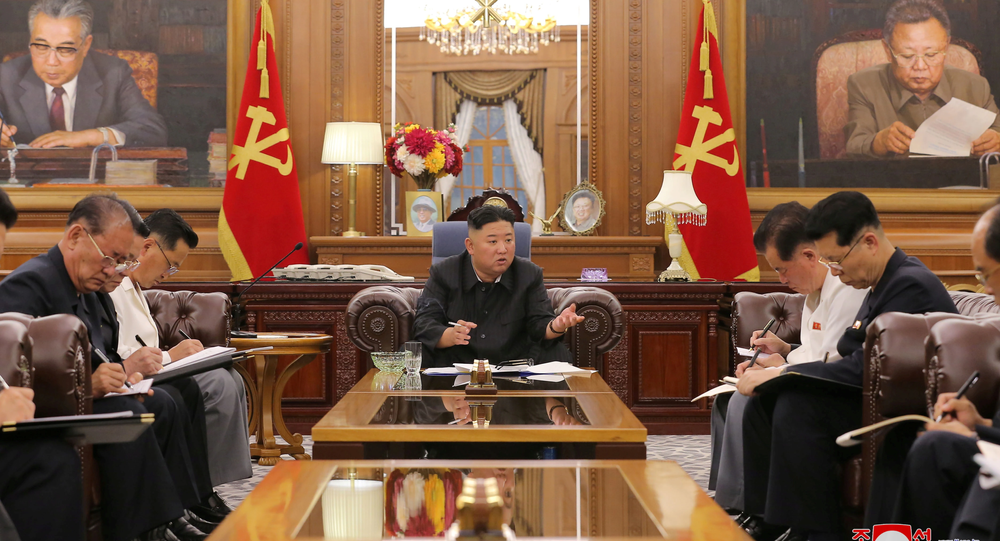 MOSCOW (Sputnik) - North Korean leader Kim Jong-un has chaired the second expanded meeting of the Central Military Commission of the Worker's Party of Korea (WPK), during which he discussed the enhancement of the army's fighting efficiency in light of the changing situation on the Korean Peninsula, the Korean Central News Agency (KCNA) reported.

The meeting looked over the further development of North Korea's armed forces amid recent events linked to the situation in the country and worldwide.

KSNA reported that Kim had also analysed the situation and the position of the KPA before setting out strategic objectives and highlighting ways to strengthen and develop them.

Kim added that the People's Army must strongly defend "the sovereignty and security of the country and protect the Party, revolutionary work, the interests of the state and people and the socialist construction", as cited by the media outlet.