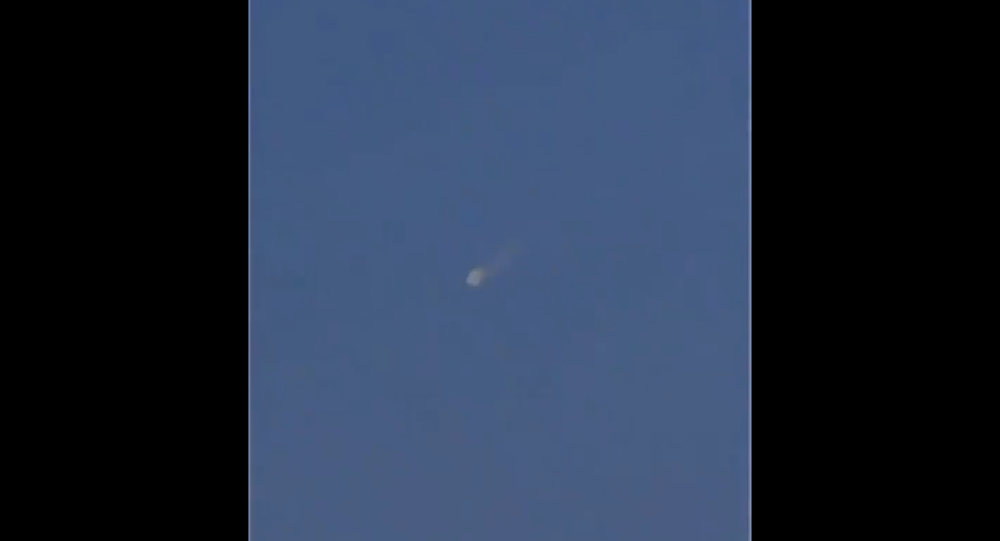 The body of the CZ-5B rocket has been tumbling above the Earth for several days, leaving scientists and observers to guess where the debris will land.

The remnants of the Chinese Long March-5B rocket have re-entered the Earth's athmosphere, China Global Television Network reported on Sunday.

Most of the debris reportedly burned up in the atmosphere over the Indian ocean.

According to reports citing the China Manned Space Engineering Office, parts of the rocket re-entered the atmosphere at 10:24 a.m. local time at longitude 72.47 degrees east and latitude 2.65 degrees north.

"After monitoring and analysis, at 10:24 (0224 GMT) on May 9, 2021, the last-stage wreckage of the Long March 5B Yao-2 launch vehicle has reentered the atmosphere," the China Manned Space Engineering Office said in a statement cited by AFP.

A video of the debris falling down, allegedly spotted over Saudi Arabia, has emerged on social media.

The #rocketdebris has begun burning up in the Earth's atmosphere, the fireball was spotted over Jeddah, Saudi Arabia https://t.co/lQBiaV2HJd

Earlier in the day, calculations by Russian space agency Roscosmos estimated that the remnants would enter the athmosphere at some point on 9 May, suggesting that the potential zone of risk might include big cities like Madrid, Rome, Cairo, Riyadh and Canberra.

The Long March 5B launch rocket had been used to carry a section of the upcoming Chinese orbital station Tiangong (“Heavenly Palace”) into near-Earth orbit.