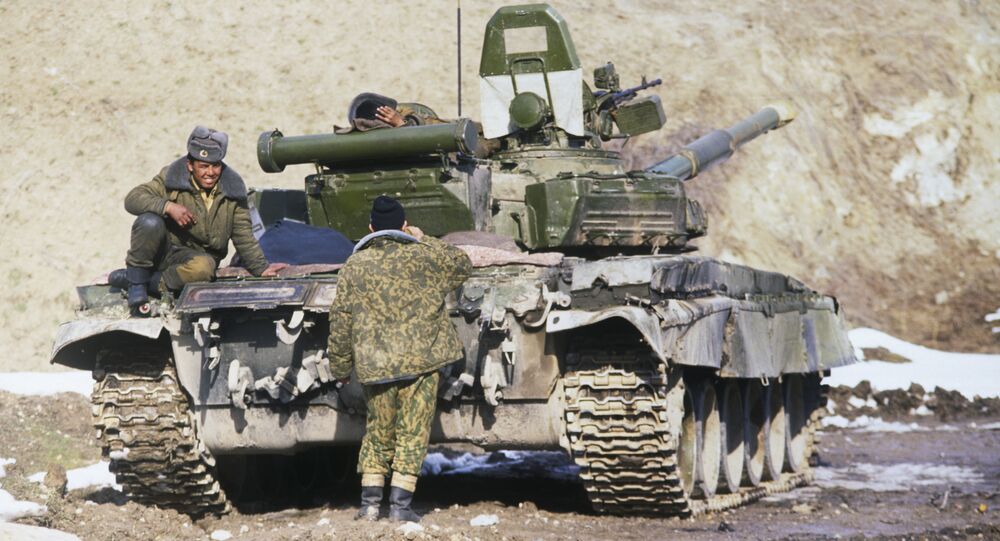 Despite facing shortages of both food and basic necessities, Bishkek went to great lengths to help to end a civil war in neighbouring Tajikistan. The latter was not an easy task, according to former Kyrgyz President Askar Akayev, who mediated the talks.

When a civil war erupted between political forces and clans in Tajikistan in 1992 soon after the country gained independence, most of its neighbours engaged in attempts to resolve the conflict, which when it ended had claimed the lives of over 100,000 people and left over a million displaced. However, Kyrgyzstan was arguably one of the most important contributors to the peace process.

Then-Kyrgyz President Askar Akayev explains that it was possible due to a number of factors and recalls how his country helped the conflicting sides make the final push before signing a peace agreement.

President With Friends in Both Camps

Soon after the civil war between the government and the United Tajik Opposition started, and the seizure of the capital Dushanbe by the UTO, Akayev tasked Lieutenant General and KGB veteran Jumambek Asankulov with forming a group that would help to diplomatically resolve the conflict. Not only did they hold talks with both sides, but also capitalised on their KGB background to gather information from various sources that could be used in peace talks, Akayev explains.

In addition, due to his time as a member of the Supreme Soviet of the USSR, the Kyrgyz president was personally acquainted with many of the Tajik representatives to the body, who ended up being split between the two warring camps, including famous Tajik poet Gulrukhsor Safieva. The latter would play an important role in negotiations.

The two sides were close to achieving peace in December 1992, the same year the war had started, but they failed to reach a compromise on sharing power – an issue that became a roadblock in talks for years, Akayev says.

The real breakthrough happened in Bishkek, Kyrgyzstan, when the Tajik government and the UTO agreed to meet for a new round of talks in 1997 under Akayev's mediation. The UTO's participation was agreed upon with the help of Safieva, who emigrated to Kyrgyzstan but maintained ties to the opposition. The first Kyrgyz president says the leaders of the UTO always listened to her advice.

The talks, which started on 14 May soon reached an impasse – the government feared to give the UTO control over security forces and the opposition sought top posts in the Cabinet, Akayev recalls. By 17 May, the sides were ready to abruptly end the negotiations, but the Kyrgyz president convinced the head of the Tajik government Emomali Rahmon to stay for one more day and Safieva, in turn, talked the UTO leaders into doing the same.

"If you do not agree here on the beginning of the peace process, then your compatriots will never forgive you for this", Akayev recalls telling the sides on the evening of 17 May.

That extra day made all the difference – the sides worked out all the power-sharing details for a future government and signed a memorandum "On political issues" on 18 May, Akayev says. In their next meeting, this time in Moscow in June of the same year, the Tajik government and the opposition would finally sign the peace agreement ending the bloody feud.

Not Just a Mediator

Following the signing of the peace agreement, the leaders of the former warring camps sent a thank-you letter to the Kyrgyz government expressing their gratitude, not only for Bishkek's role in the negotiations, but also for its humanitarian aid between 1992 and 1997. All these years Kyrgyzstan has been sending out caravans with food and other essentials despite facing an acute crisis and shortages of the very same goods itself, Akayev explains. In addition, Bishkek supplied power to Tajik's power grid and accepted those Tajiks, who had been fleeing from the horrors of the civil war, the ex-Kyrgyz president adds.

"Day and night, convoys with food, basic necessities, fuel and lubricants drove through the southern regions of Kyrgyzstan to Tajikistan. The Tajik people called their route a 'road of life'", Akayev recalls.

Asked about why the hardship-hit Kyrgyzstan agreed to help its neighbour, Akayev explains that a large Tajik community inhabits the southern region of the country and that he feared the conflict may spill over into his country. In addition, Bishkek itself faced an internal conflict in 1990 that resulted in the deaths of 3,000 people and so the country understood the woes of its neighbours in Tajikistan, the first Kyrgyz president shares. At the same time, Kyrgyzstan received invaluable experience that it hoped to use in negotiating peace between Dushanbe and the UTO.