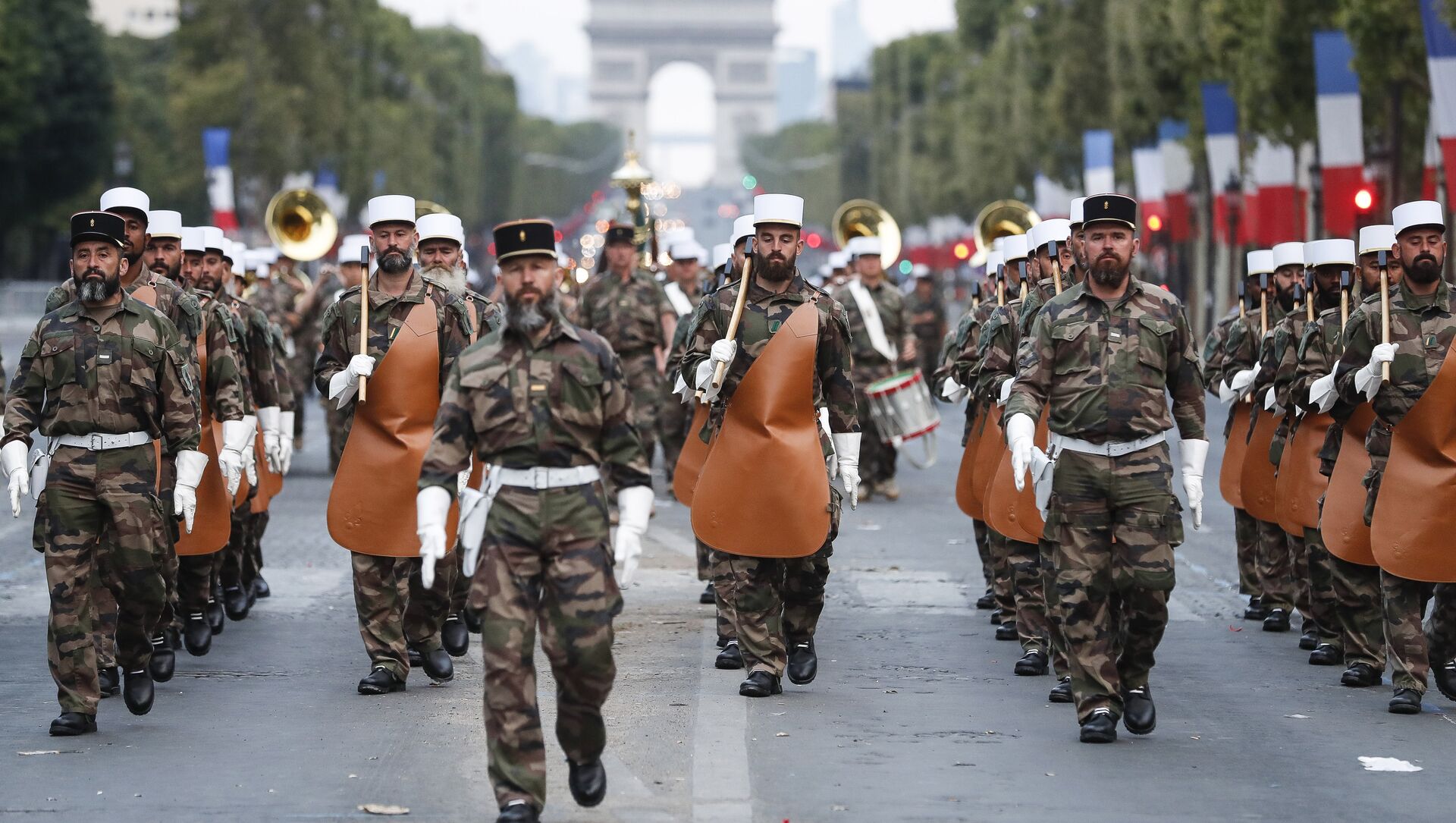 Ilya Tsukanov
All materialsWrite to the author
A group of over 1,200 French generals, officers, service members and police personnel signed an open letter to the French government last week urging it to act against radical ideologies and religious extremism to prevent a civil war and the disintegration of the Fifth Republic. The letter has sparked a major debate throughout France.

Rachida Dati, mayor of the 7th arrondissement (district) of Paris, has expressed her agreement with the recent letter to the government by current and former members of the military and other security services about the dangers of violence and civil conflict caused France-hating ideologies, Islamism and “suburban hordes”.

“What is written in this letter is a reality,” Dati said, speaking to France Info on Thursday.

“When you have a country plagued by urban guerrilla warfare, when you have a constant and high terrorist threat, when you have increasingly glaring and flagrant inequalities, when some patriotic people are breaking away from society, we cannot say that the country is doing well,” the official suggested.

Recalling last week’s stabbing murder of a policewoman by a Tunisian Islamist outside Paris and warning that the country’s police officers “have become a target for terrorists”, Dati expressed concerns that “the police will break down one day”, and stressed that if they “crack”, “we will go well beyond the disintegration of society”.

Macron to Attend Funeral of Policewoman Stabbed in Paris Outskirts, Reports Suggest
Dati served as a spokesperson to former French President Nicolas Sarkozy and is a member of France’s liberal-conservative Les Republicains Party. Along with her job as mayor of the 7th arrondissement, she has served as a member of the European Parliament, where she took part in the drafting of reports on counter-terrorism and anti-radicalisation, and finding solutions to the migrant crisis which hit Europe in the mid-2010s. In early 2020, she attracted controversy over her remarks about the terrorist shootings in Hanau outside Frankfurt, Germany after she suggested that Chancellor Angela Merkel was “paying a high price today for the massive opening of the borders” in 2015, and said that many migrants do not appear to share Europeans’ “republican values”, which sparks “clashes”.

A large group of current and retired military officers, including 20 retired generals, signed an open letter published in French magazine Valeurs Actuelles on 21 April warning about what they said was a growing danger of France’s disintegration.

What Did the Letter Say?

The letter argued that France is now facing a “grave hour” and “is in peril” from “several mortal dangers facing her,” including what it said were dangerous “racialist, indigentist and decolonial theories” which it suggested promotes a “racial war” between French people of all colours and creeds. “They despise our country, its traditions, its culture, and want to see it dissolve by tearing away its past and its history. Thus they attack former military and civilian glories with statues, analysing centuries-old words,” the letter said of the authors of these theories.

Letter from the French generals to Macron about the threat to the nation. I suggest you at least read it before passing judgement. https://t.co/z46eRnRxgo

“This is a disintegration which, together with Islamism and the suburban hordes, is leading to the detachment of many parts of the nation and their transformation into territories subject to dogmas that are contrary to our constitution,” the letter continued. “The dangers are growing, the violence is increasing day by day,” the appeal stressed, pointing to the recent grisly incident involving the decapitation of a teacher outside his school in October 2020 after he showed his pupils cartoons of the Prophet Mohammed. The officers penning the article suggested that they, as “servants of the Nation…cannot be passive spectators of such actions”.

“It is therefore imperative that those who lead our country find the courage to eradicate these dangers. To do this, it is often enough to apply without weakness the laws that already exist,” the address recommended. It warned that “if nothing is done, laxity will continue to spread inexorably in society, ultimately causing an explosion and the intervention of our active comrades in a perilous mission to protect our civilisational values and safeguard our compatriots on the nation’s territory”.

The latter remarks were interpreted by some as a threat of military rule, and 18 active-duty officers who signed the letter have faced disciplinary action. 20 retired generals and over 1,000 officers and service members of various ranks, as well as police and gendarmerie personnel signed the appeal. Macron’s government has blasted the appeal, which was published on the 60th anniversary of the failed 1961 coup d’etat against French President Charles de Gaulle, with Florence Parly, minister in charge of the armed forces, warning that all active duty signatories will face punishment, up to and including compulsory retirement. Parly also blasted the officers for their alleged lack of political “neutrality and loyalty”.

A poll by Harris Interactive commissioned by LCI, a French television channel, found that 58 percent of Frenchmen and women “support” the open letter’s authors, with a whopping 86 percent agreeing that some cities of neighbourhoods have areas where French law does not apply, and 73 percent agreeing that French society is disintegrating. 45 percent of respondents agreed that their country may soon face a civil war. 64 percent said the officers who signed their names to the letter should not be reprimanded.

Tweet reads: "64 percent of French say they have heard of the letter published by military personnel on the Valeurs Actuelle website."

Marine Le Pen Warns France Will Face 'Explosion' in Security If Macron Re-Elected
Following the letter’s publication, Marine Le Pen, leader of France’s National Rally Party and runner up in the 2017 presidential election, slammed the current government for its alleged security and immigration-related failures, and warned that France would face an “explosion” if he was reelected in the upcoming 2022 elections. Le Pen expressed support for the letter’s authors, saying what they were asking for was simply for the state to “apply the law”. She encouraged them to join her in her campaign to “fight for France”.