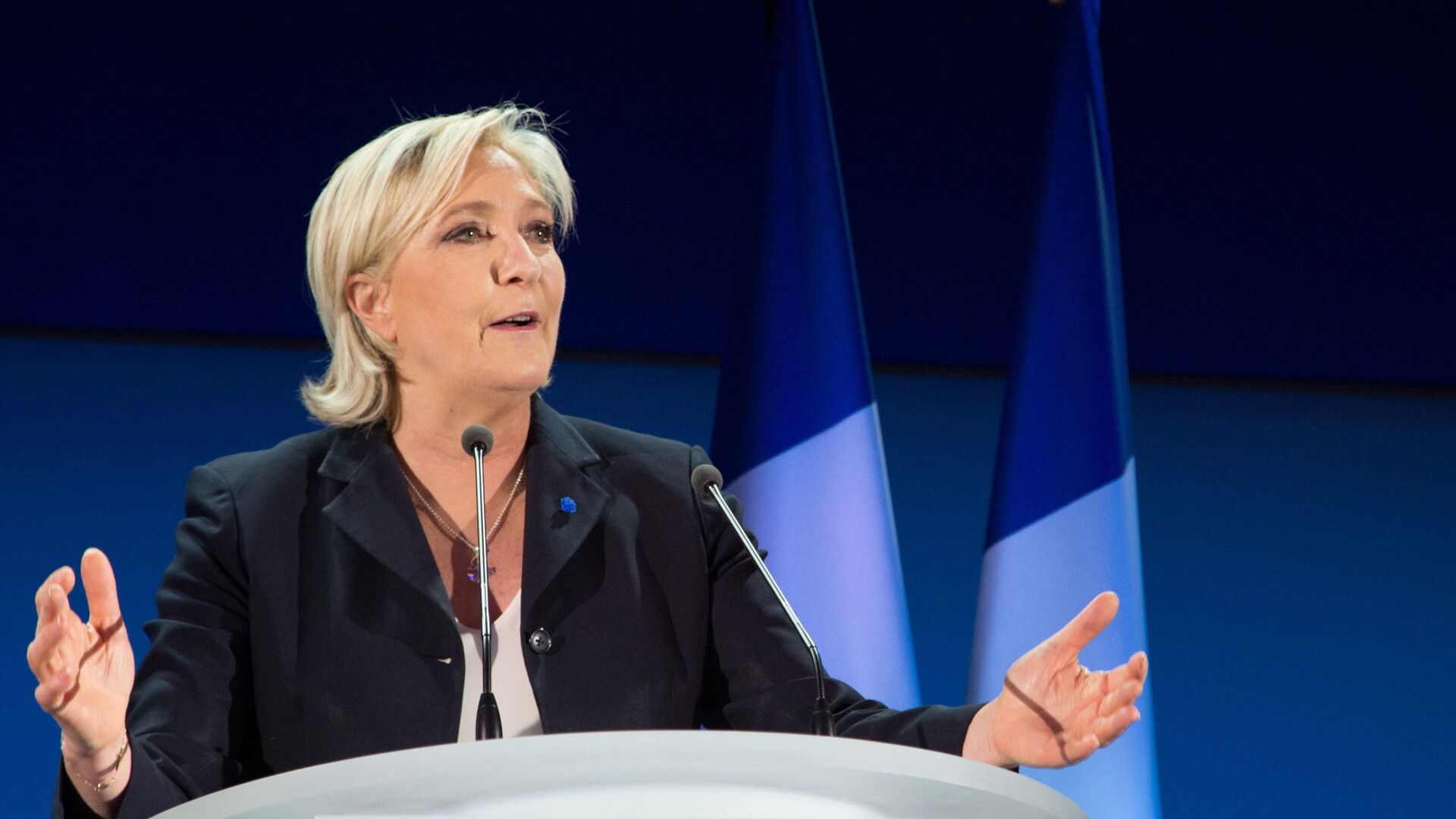 Tim Korso
All materials
The politician's statement comes in the wake of an open letter signed by 1,200 former and present members of the French armed forces, which has come like a bombshell as it warns Paris of the country's alleged looming "disintegration" and the start of "civil war" if nothing is done regarding "Islamism and [immigrant] hordes in the suburbs".

The leader of France's National Rally party, Marine Le Pen, lambasted the present government about how little it has achieved on the questions of security and immigration. Le Pen warned that if President Emmanuel Macron is re-elected for a new term, France might face even greater challenges to its security than nowadays.

"I think Emmanuel Macron's presidency will definitely be remembered for security and terrorist chaos. One can imagine that the second presidency, if there is one, would be a real explosion for the security situation of our country," Le Pen said.

Le Pen - who was Macron's main opponent in the last election - suggested that French citizens "have never faced such great danger" in their history as they do now. She elaborated by bringing up the recent events at Rambouillet Commune, where an illegal migrant from Tunisia attacked and killed a local police administrative officer on 23 April while reportedly shouting "Allahu Akbar". The attacker is said to have arrived in France 10 years ago and has since been living in the country illegally.

Le Pen stressed that this Tunisian migrant is just one of 900,000 other illegal aliens, who are presumed to live in France.

The incident in Rambouillet is just one of many attacks to have happened in France over the past few years claiming the lives of around 250 people, and carried out by migrants. The last high-profile incident happened in October 2020, when an 18-year-old Muslim refugee of Chechen ethnicity beheaded French middle-school teacher Samuel Paty. The perpetrator committed the murder after Paty showed his class during a lesson on censorship Charlie Hebdo cartoons of the Prophet Muhammad, whose depiction is forbidden by Islam.

The National Rally chief also commented on the recent publication of an open letter signed by more than 1,200 present and former French servicemen, which has already sent ripples throughout France's establishment and sparked calls to hold the signatories accountable.

In the letter, which was backed by around 20 retired generals among other people, authors demand French authorities strictly to apply the country's laws and take action in order to defend France from "Islamisation" and from "the hordes from the suburbs", and avoid "civil war" in the country. The "suburbs", the letter refers to, are called "banlieues" – mass housing projects, which usually host economically challenged residents, who often come from a migrant background.

Le Pen supported the letter's authors, arguing that they simply "ask [the government] to apply the law" and warning against giving the document "a meaning that it doesn’t have". She also called on the signatory generals to join her "in [her] fight for France".

The authors of the open letter also warned of "intervention from our active comrades" if Paris fails to act on the security situation in the country. French Defence Minister Florence Parly criticised the document and threatened to sanction any active servicemen who had signed the letter, and accused the generals, who backed it, of calling "for an uprising".