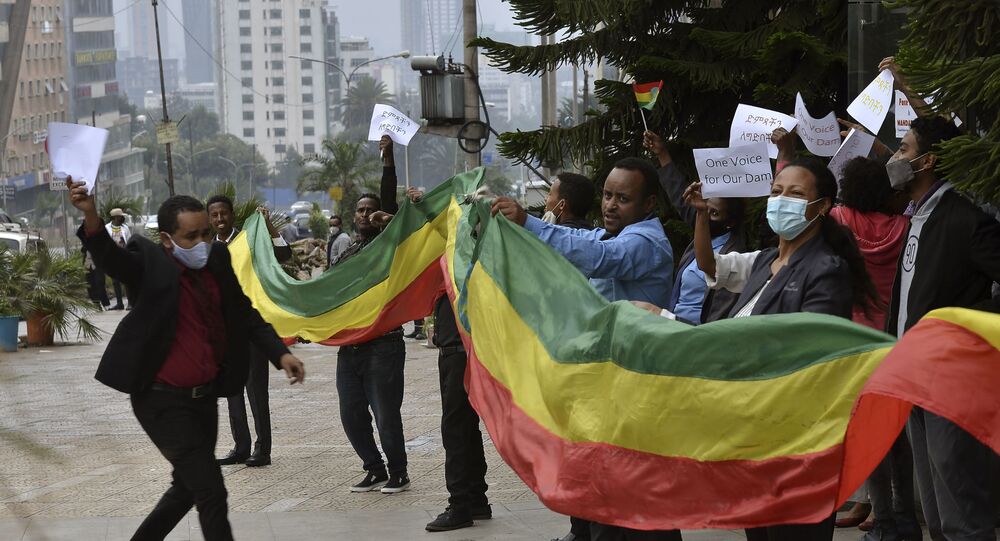 An African Yugoslavia: Is Ethiopia on the Brink of an Ethnic Civil War?

Ethiopia’s economy is among the most vibrant in Africa, with annual growth of 9.8 percent between 2008 and 2019. But the nation is made up of many disparate ethnic groups and there are fears it could come apart at the seams.

Heavy shelling has been reported in Ethiopia's Tigray region on Thursday, 5 November, and more than 20 Ethiopian soldiers are thought to have been wounded amid growing ethnic clashes.

A humanitarian source in Tigray told Reuters two dozen soldiers had been treated at a clinic near the border with the Amhara region.

#ETHIOPIA NEARLY TWO DOZEN INJURED TROOPS, SOME WITH SERIOUS WOUNDS, TREATED AT A HEALTH CENTRE NEAR THE #TIGRAY-#AMHARA BORDER - HUMANITARIAN WORKER via @ReutersAfrica

​Ethiopia's Prime Minister Abiy Ahmed, who won the Nobel Peace Prize last year for solving a border dispute with neighbouring Eritrea, has refused to halt a military campaign in the Tigray region which could spiral into civil war.

Federal troops clashed with Tigrayan forces in the northern region on Wednesday after Abiy claimed government bases had been attacked by the Tigray People's Liberation Front (TPLF).

We are deeply concerned by reports that the Tigray People’s Liberation Front carried out attacks on Ethiopian National Defense Force bases in Ethiopia’s Tigray region. We urge immediate action to restore the peace and de-escalate tensions.

​The US Secretary of State Mike Pompeo backed Abiy in a tweet on Wednesday.

Tensions between Addis Ababa and the TPLF have been escalating since September when Tigray held regional elections in defiance of the federal government.

Ethiopia is now in danger of collapsing into an ethnic civil war in a similar way to Yugoslavia in the 1990s.

​There have been numerous outbreaks of inter-tribal violence in the last year and at the weekend, gunmen killed 32 people and set fire to 20 houses in the west of the country.

The killings were blamed on a splinter group which has broken away from the Oromo Liberation Front.

This War is not against TPLF, It is against the people of #Tigray!

Dismissing Tegaru from their governmental jobs(federal)

​The country is an ethnic mixture of different tribes - Amhara, Oromo, Tigrayan, Somali, Sidama, Gurage, Wolayta and several others.

The man at the center is Jagama Kello. He was Oromo. He fought and led warriors for ALL of Ethiopia. Patriots came together despite their differences to fight a common enemy.

Today, the enemy is hate, and Ethiopia is bleeding. #NewArbegnoch are needed to #SayNOtoEthnicviolence pic.twitter.com/G9p8Ux6mRl

​But most of the fighting was done by the TPLF, which was led by Meles Zenawi, who became Ethiopia’s President in 1991.

He was succeeded by Hailemariam Desalegn, a Wolayta, who passed the baton on to Abiy, an Oromo, in 2018.

But as the power of the Tigrayans was reduced there was growing ethnic unrest, especially among the Oromo, who make up a third of the country’s population of 114 million.