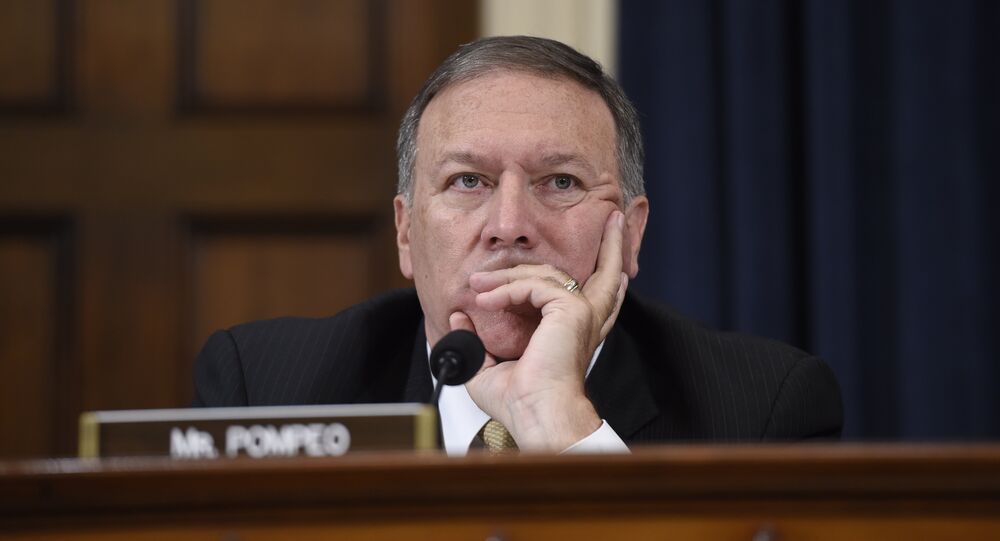 MOSCOW (Sputnik) - The authorities in Taiwan prepare for a possible visit of former US Secretary of State Mike Pompeo to the island later this year, Deputy Foreign Minister of Taiwan Tien Chung-kwang has announced.

The statement came in the midst of a new escalation between Taiwan and the mainland, which has enhanced its military posture around the island in recent days, staging war games nearby and sending a record 25 warplanes into Taiwan's air defense identification zone.

The official replied in the affirmative when asked by lawmakers in the parliament on Monday whether Pompeo would be able to visit the island this year, adding that "we’re working hard on this," as cited by the South China Morning Post newspaper.

© REUTERS / ANN WANG
US Makes 'Unofficial' Contacts With Taiwan More Official in Snub to China
According to the news outlet, the move to welcome Pompeo, known for his strong support for the island explicitly expressed during his office as the US state secretary, is likely to anger Beijing.

Pompeo expressed his interest in visiting the island soon after he stepped down in January.

Though the United States, along with many other countries, does not recognise Taiwan as a sovereign nation and officially sticks to the "One China" policy, Washington has kept informal relations with the island after severing diplomatic ties with it in 1979. Beijing, in turn, has repeatedly called Taiwan a sensitive issue in its relations with Washington, as China considers the island to be part of its territory.