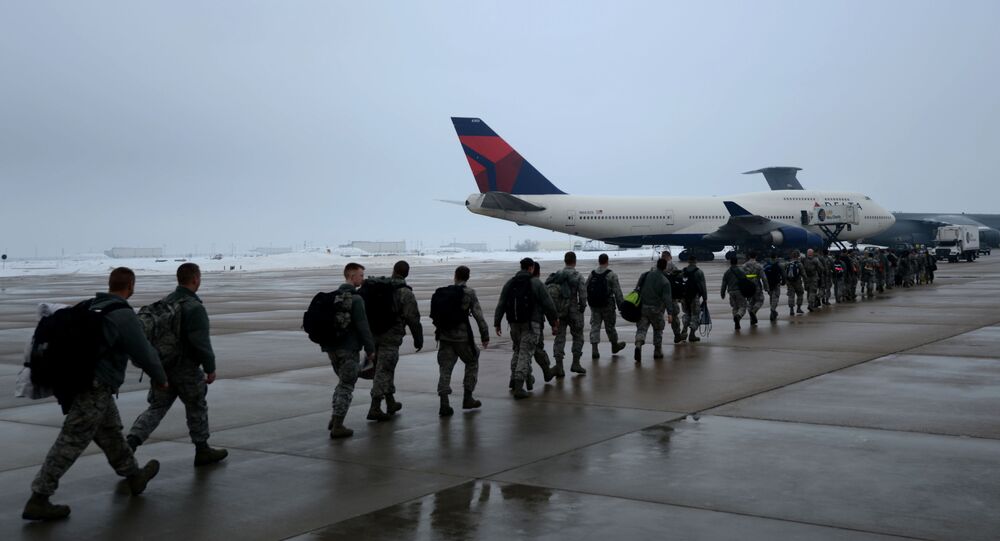 MOSCOW (Sputnik) - South Korea has agreed to increase its share of payments for the upkeep of the US military stationed in the country by 13.9 percent this year compared to 2019 as part of their cost-sharing Special Measures Agreement (SMA), the Yonhap news agency reported on Wednesday, citing the South Korean Foreign Ministry.

Washington and Seoul have been negotiating the extension of their cost-sharing deal for over a year, as the US demanded that South Korea increase its payment from $870 million under the previous agreement to $5 billion under the new SMA. The last SMA expired in late 2019, leaving the US troops stationed in the Asian country without a funding scheme.

© AP Photo / Ahn Young-joon
South Korea to Increase Contribution to Cost of US Troop Presence Under New Deal, State Dept Says
According to the new deal that will be in force until 2025, the Asian country will pay 1.183 trillion won ($1.03 billion) this year, up from 1.038 trillion won in 2019, marking the first double-digit increase since 2002, the news agency reported.

Additionally, South Korea's SMA payments from 2022 to 2025 will be linked to the increased rates of Seoul's defence spending, with next year's payment increasing by 5.4 percent from this year's costs.

The sides also developed an SMA rule that enables the former to provide its share of the cost for them at a level set in the previous year in a bid to prevent South Korean employees of United States Forces Korea (USFK) from being furloughed again over the absence of a funding scheme.

More than 4,000 South Korean USFK workers were placed on unpaid leave on 1 April  amid the coronavirus pandemic and the failure of Seoul and Washington to reach a consensus on a long-standing disagreement over who should pay how much for the upkeep of 28,500-strong USFK.