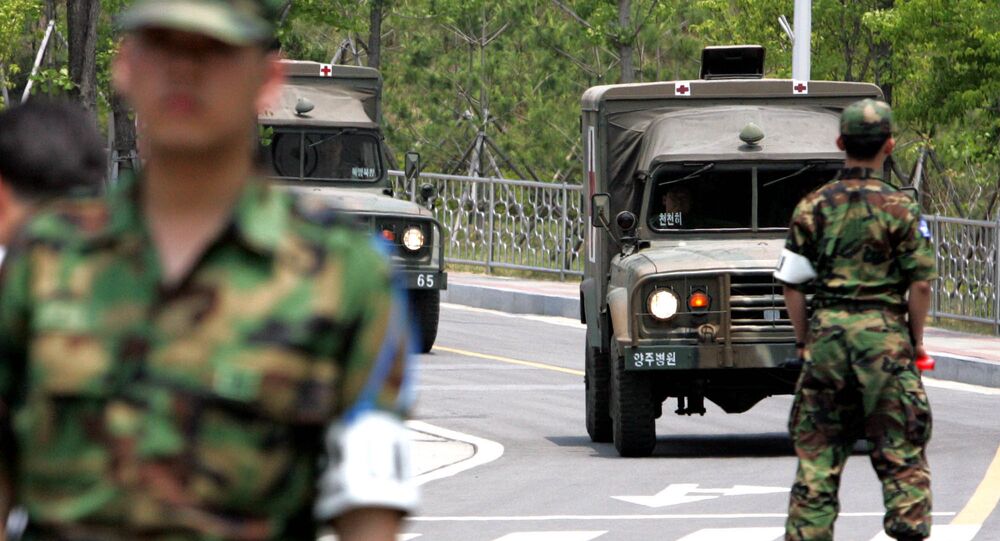 South Korea has long been among the top 10 countries by military expenditure. According to the latest report by the Stockholm International Peace Research Institute, it is the fourth largest military spender in Asia. Nonetheless, the South Koreans themselves are unsure whether the country can actually compete with their northern neighbour.

Around 40 percent of South Koreans do not believe that Seoul’s military is stronger than the North Korean one, while 32 percent of those surveyed think the opposite, the Business Insider media outlet said, citing a survey conducted by the Korean Institute for National Unification in 2020.

The concerns have grown, as North Korea held another military parade marking the 75th anniversary of the Workers' Party of Korea, demonstrating new military vehicles, equipment, missiles, and uniforms.

Despite being one of the most technologically advanced military powers in Asia, South Korea is now facing a looming challenge. Given the demographic crisis, the low scale of military modernisation, and lack of funding, the country’s ability to protect its northern border could be severely affected by the factors mentioned above.

Earlier this month, South Korea's population fell for the first time in the country’s history, highlighting its decades-long battle against the problem of an ageing population and low fertility rate. 16 years ago, the government already considered low birth rates a matter of a major concern.

In a bid to make sure the military would be staffed with qualified and well-prepared personnel, albeit in fewer numbers, the government introduced a plan to reduce the number of personnel and replace them with a more technologically advanced force. By 2020, the total number of active personnel had been reduced from 600,000 to 550,000, which is around half the size of the almost 1.2 million active personnel North Korea has.

The government initially planned to balance the reduced number of troops with a 10 percent increase in military spending and replacing ageing hardware with more modern systems. The plan failed to reach its goals, however, as the military has had to regularly increase the wages for recruits amid a declining popularity of military service. On top of that, North Korean attacks on South Korean islands in 2010 forced the government to take on unforeseen costs and invest even more in military systems to cope with threats from the North. The initial plan for a 10 percent budget increase was therefore never accomplished.

Navy and Air Force as Priority

When pursuing the target of military modernisation, the government favoured the Navy and Air Force, leaving the Army far behind in terms of equipment acquisitions. As the number of troops has been consistently decreased, the Army is now even lacking some basic equipment, ammunition, and weaponry.

"All of the manpower has been coming out of the Army, and yet the equipment acquisition has favored the Navy and the Air Force", Business Insider cited Dr Bruce Bennett, a senior defence analyst at the RAND Corporation, as saying.