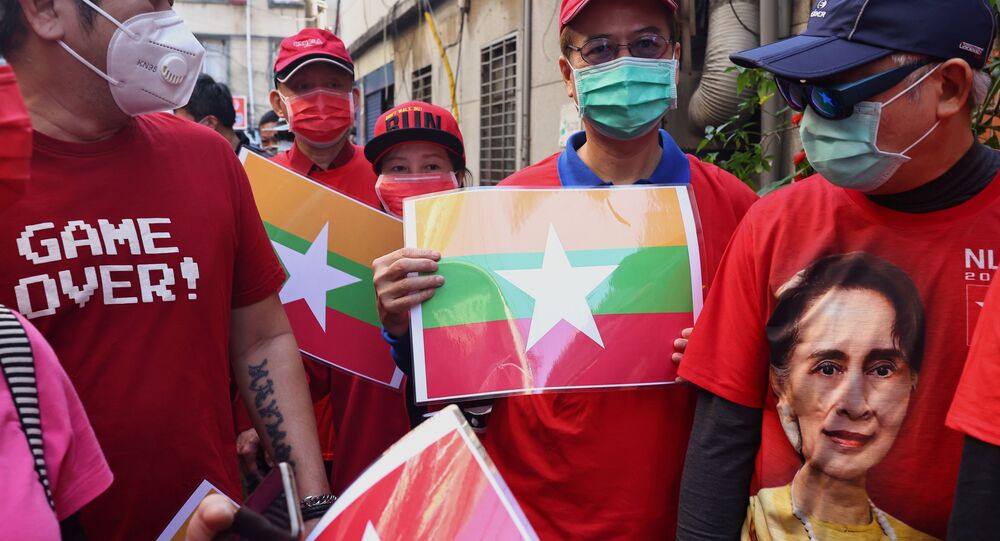 BANGKOK (Sputnik) - Soldiers wearing bulletproof vests and armed with both metal shields and automatic firearms have joined police deployed on the streets of Myanmar’s largest city of Yangon as nationwide protests against the military takeover entered the fourth day on Tuesday, The Irrawaddy news website reported.

The news portal published a photo of a column of military personnel carrying rubber bullet guns and automatic rifles. Soldiers in the front row are armed with metal shields.

Earlier on Tuesday, the military banned gatherings of more than four people in protest-hit areas. Despite this, a demonstration involving tens of thousands of people is underway, according to the news website.

Police, meanwhile, deployed water cannons again in the capital of Naypyitaw and the second largest city of Mandalay on Tuesday to disperse protesters.

In the capital, over 20 people were arrested during Tuesday's protests, according to the Mizzima news portal. 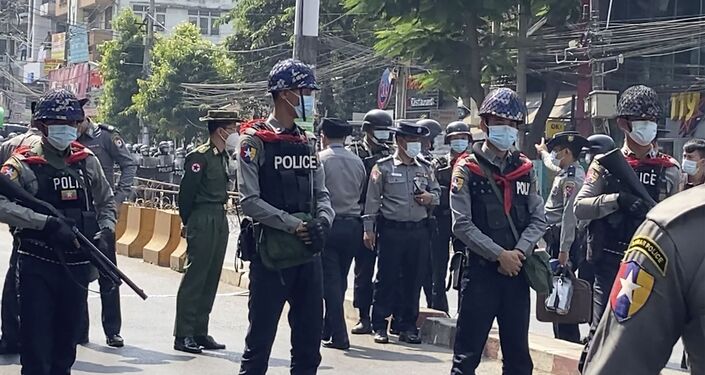 © AP Photo
In this image made from video, Myanmar police block the road to prevent protesters from marching forward Saturday, Feb. 6, 2021 in Yangon, Myanmar

Last week, hours before the newly-elected parliament was due to gather, Myanmar’s military overthrew the government and declared a year-long state of emergency after accusing State Counselor Aung San Suu Kyi's party of election fraud. San Suu Kyi and President Win Myint along with other top officials have been put under house arrest.

Protesters later took to the streets of Myanmar, demanding that the military hand power to the elected government and release those detained.