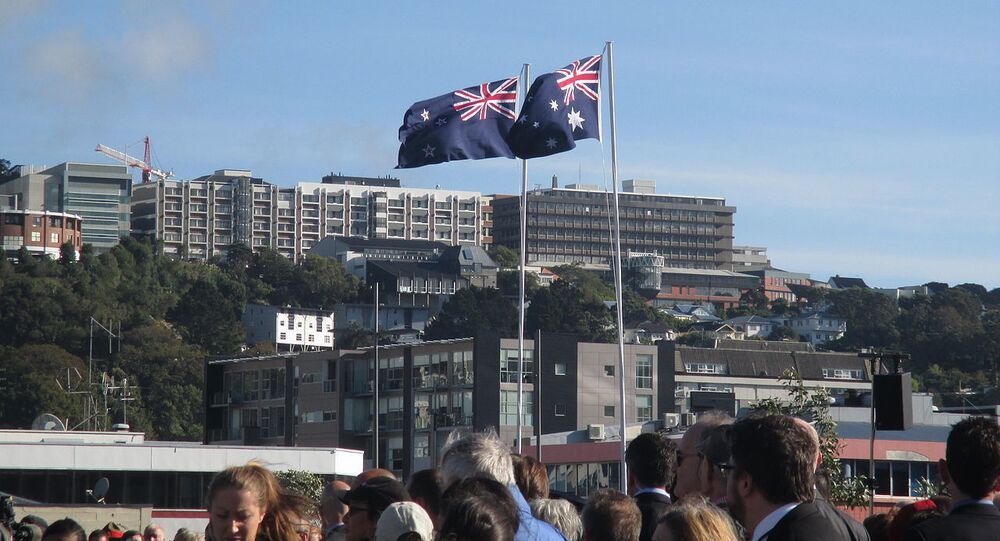 Relations between China and Australia deteriorated last year, when Beijing slapped 80 percent tariffs on Australian barley imports in retaliation for the Pacific nation's demand for an international inquiry into the origins of the coronavirus.

New Zealand's Trade Minister Damien O'Connor has come under fire after suggesting that Australia should show more respect in terms of making diplomatic remarks, in an apparent nod to Canberra's attitude toward Beijing.

Australian Liberal MP Dave Sharma, a former diplomat, on Friday tweeted that he "expected a little more ... so much for Trans-Tasman solidarity".

Sydney radio 2GB broadcaster Ben Fordham, for his part, was quoted as saying that "Damien is an imbecile" and that "you can cozy up to a ruthless dictatorship, mate, but here in Australia we stand up to bullies".

Fordham then went even further by reportedly asserting that "the Kiwis, on the other hand, are sucking up like sycophants".

"Oh, look, the bilateral relationships of any other country is a matter for those countries. Certainly in terms of the China-Australia relationship - that is really not something that we can or should comment on, and is a matter for Australia and China to work through", she said in an interview with Australian broadcaster ABC on Thursday night.

"[…] Some might be able to say this is a golden opportunity for Australia to demonstrate to the international community what kind of country Australia is. Whether you know Australia is willing to show its steadfastness and resilience, and in what way, I don't think this is to be dictated or influenced by others", Yamagami argued.

The developments followed O'Connor telling CNBC that New Zealand has "a mature and honest relationship with China" and that Wellington has "always been able to raise issues of concern".

"But we have always respected the healthy trade relationship we have. I can't speak for Australia [...] clearly if they [Australia] were to follow us and show respect, and I guess show a little more diplomacy from time to time, and be cautious with wording then they too, hopefully, would be in a similar situation", the Trade Minister added.

He later said in a statement that did not mean to speak for Australia "on this or any other matter".

O'Connor's remarks come amid strained relations between China and Australia, which went south in May 2020, when Beijing imposed 80 percent tariffs on barley imports from Australia in retaliation for the Pacific nation's Prime Minister Scott Morrison's demand for an international inquiry into the origins of the coronavirus.

China then slapped similar tariffs on Australian coal, copper, wine, and lobster, and in December Beijing banned timber imports from the Australian states of South Australia and Tasmania after some pests were detected in the inbound cargo.

China was Australia's largest trading partner in 2019, accounting for 27.4 percent of Canberra's overall trade, according to the Pacific nation's Department of Foreign Affairs and Trade (DFAT). Bilateral trade recorded a 23.9 percent increase, reaching a record $252 billion in 2019.