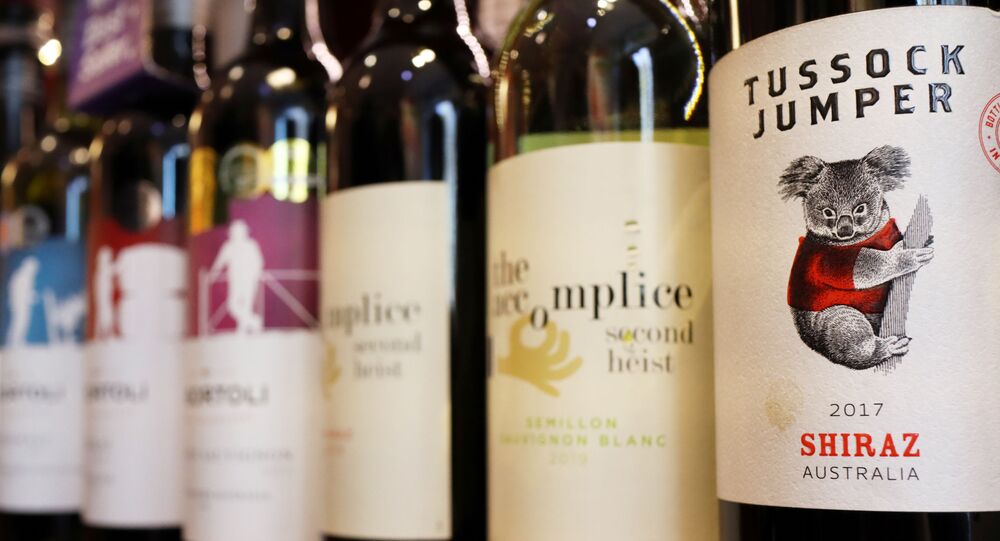 China has announced that from Saturday, it will impose taxes on Australian wine of up to 212%, in an escalation of trade tensions between the two countries.

The decision comes on the back of the creation of the Regional Comprehensive Economic Partnership (RCEP), the world's largest trading partnership, which includes both China and Australia, as well as 13 other Asian and Pacific nations. Tom Harper, an Assistant Professor at Neijiang Normal University, shares his opinion on this.

Sputnik: How significant is this decision from China? What does it represent in your opinion?

Tom Harper: The tariffs can be sort of seen in several ways. Firstly, I'd say it's a bit of an echo of the earlier trade tensions of the former Trump administration against China, because most famously [they] put up very high tariffs on Chinese goods, and in many ways, this move is very reminiscent of that and equally, it's a result of several political developments. So, you have to put it in the context of the worsening relationship between Australia and China, so it’s response to certain moves by Australia, such as the push to join The Quad as well as several statements made about Chinese moves, and also for China's economic interests. For example, Australia is one of the first countries to bar Huawei from their network, and in China's perspective they see these moves as being conducted at the behest of Washington. So, in some ways, these tariffs are a use of economic mechanisms to achieve political objectives.

Tom Harper: There will definitely be an effect. Part of the reason is because both the Australian and Chinese economies are interconnected. So for example, 39% of Australia's overall exports go to China, as well as about a third of tourist spending in Australia comes from Chinese tourists, and also nearly a third of foreign students in Australia are from China; so again this will be one of the implications - is that it's very much reliant on Chinese trade, so it's a contradiction here. On one hand, they are reliant on China for economics, but on the other for political and security factors, they are aligned with the United States. So, that's really the constant contradiction there but equally, the signing of the RCEP can be seen as an acknowledgement of this relationship. While its relations are bad, this is still a very significant relationship so I don't think they want to push it too far, especially as a result of the fallout of Covid. And also in regards to the RCEP, it can be seen as a potential replacement for the TPP. So again, it can embed China even further into Asia's economic ecosystem, which again will make it a little more difficult for the incoming Biden administration to reverse some of what Trump has done.

Sputnik: Going forwards, can we expect the UK to also face high tariffs on its exported goods and services, as Britain really seeks to improve and forge new trading relationships post Brexit?

Tom Harper: The dynamics for that will be a little different. So, for example, China is not quite as central to the British economy as it is for Australia but again there is pressure on both. So again, there has been a little bit of pressure on Britain to follow the line of Washington on China, and also there was the tensions over Hong Kong. So again, there's always a potential for that, but equally at the same time a relationship with China will become more important for Britain in the future - especially if Brexit does go ahead. So again, all of this at the end of the day can put them in a position where they may be subject to pressure from both China to go a certain way or also from the United States to go in the opposite direction.