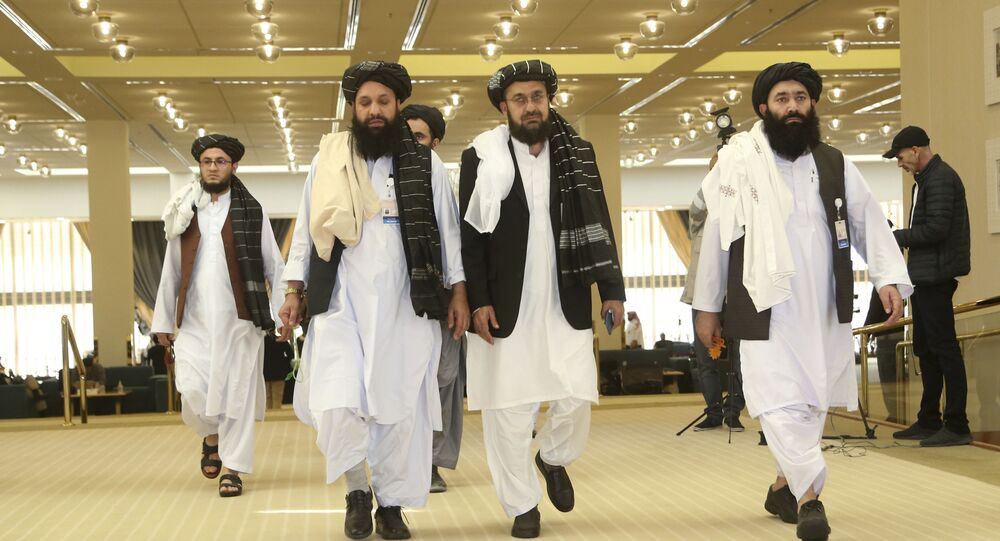 As US President Joe Biden took office earlier this week, the Pakistani government urged him to abide by his predecessor’s peace deal with the Taliban that promises an end to the 20-year-long conflict that has killed, directly or indirectly, hundreds of thousands of people.

The newly minted Biden administration has said it will review the prior Trump administration’s peace deal with the Taliban militant group to assess whether the Taliban is holding to the terms of the February 2020 agreement.

National Security Council spokesperson Emily Horne said on Friday that during a phone call between US National Security Advisor Jake Sullivan and his Afghan counterpart, Hamdullah Mohib, Sullivan “made clear the United States’ intention to review the February 2020 US-Taliban agreement, including to assess whether the Taliban was living up to its commitments to cut ties with terrorist groups, to reduce violence in Afghanistan, and to engage in meaningful negotiations with the Afghan government and other stakeholders.”

​The deal, agreed upon after months of negotiations in Doha, Qatar, was signed between the US and the Taliban and did not include the US-backed Afghan government in Kabul. It stipulated that if the Taliban ceased its attacks on US forces and pledged to renounce terrorism, the US would steadily withdraw its roughly 13,000 troops from the country.

The US invaded Afghanistan in October 2001 to overthrow the Taliban in retaliation for the group having provided a safe harbor for the al-Qaeda terrorist organization, which had recently killed several thousand Americans in the September 11, 2001, terrorist attacks. While the Taliban was ousted, it has remained a powerful force in the countryside, waging a guerilla campaign against US and Afghan government forces ever since.

Last week, the Pentagon announced those troop levels were now at just 2,500 and that all remaining US troops are expected to leave the Central Asian country by May. However, as the Taliban and Kabul government have yet to reach an accord, military exchanges have continued and the US has performed several airstrikes that have hit Taliban positions, prompting outcry from the Taliban.

Earlier this month, Taliban spokesperson Zabihullah Mujahid told Sputnik that the group considers the strikes to be in violation of the Doha agreement and that “if the operation continues in violation and in an intentional manner, of course, we will be forced to react, and this is a provocative act.”

Negotiations between the Taliban and the Kabul government, which the Taliban regards as a puppet of Washington, began in September but have been slow-going. Only in December did they reach an accord on how to begin the peace talks themselves, which began in early January.

In an interview with CBS on the eve of the February 2020 peace deal’s signing, Biden noted his long-standing opposition to a large US presence in Afghanistan, saying he wanted a “smaller footprint” of “several thousand people to make sure that we have a place from which we can operate” in order to stop Al-Qaeda or Daesh from re-establishing a foothold to attack the United States.

However, he indicated he believes he would hold “zero responsibility” if, after a US withdrawal, the Taliban were to return to power.

On Thursday, White House Press Secretary Jen Psaki told reporters Biden had directed US intelligence agencies to look into reports that Russian agents had been offering the Taliban bounties to kill US soldiers in the country. The story emerged in the New York Times last year, which gave vague citations for the claims, and US intelligence leaders roundly dismissed the story as rumors and unreliable intelligence they did not take seriously. In addition, both Russia and the Taliban have denied the accusations.