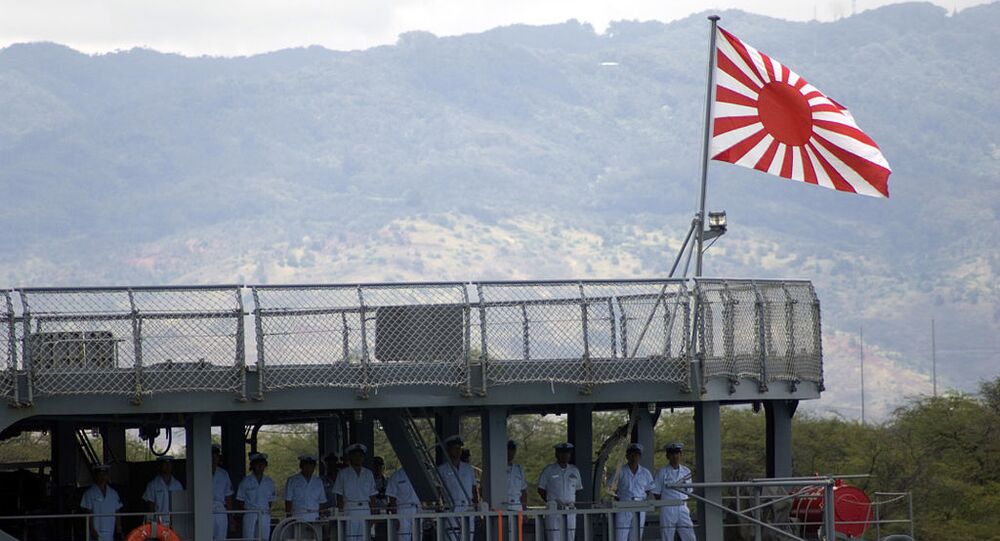 Japan is not a party to the South China Sea dispute between Beijing and five other South-East Asian nations, but has a separate spat with the People’s Republic over control of the Senkaku/Diaoyu Islands, an archipelago of islets and rocks found in the East China Sea between mainland China and Japan’s Ryukyu Islands.

Japan’s permanent mission to the United Nations has issued a rare diplomatic rebuke to China over Beijing’s territorial claims in the South China Sea, sending a letter to UN chief Antonio Guterres and circulated to UN member states that suggests that the People’s Republic’s “drawing of territorial sea baselines… on relevant islands and reefs in the South China Sea” is not in accordance with the UN Convention on the Law of the Sea (UNCLOS), the 1982 treaty to which both China and Japan are party.

“UNCLOS sets forth the conditions for the application of baselines in a specific and exhaustive manner, whereas China has failed to invoke the relevant provisions of UNCLOS in asserting the lawfulness of the baselines in question,” the letter suggests, referring to Chinese claims, some of which cut through areas also claimed by Malaysia, Vietnam, Brunei, Philippines and Taiwan.

“There is no room for a State Party to justify the application of baselines that do not satisfy the conditions stipulated under UNCLOS,” the appeal argues.

The communique also suggests that “freedom of navigation and overflight” must be “guaranteed” in accordance with a South China Sea Arbitration ruling by The Hague from July 2016, which Tokyo says is “final and binding on the parties to the dispute". The letter goes on to complain that China has not accepted the ruling of this arbitration, and that it has “protested the overflight of Japanese aircraft in the airspace surrounding Mischief Reef and attempted to restrict the freedom of overflight in the South China Sea.”

© REUTERS / Japan Coast Guard
Four Chinese Ships Enter Japan's Territorial Waters Near Disputed Senkaku Islands, Reports Say
The letter is a rare expression of Tokyo’s dissatisfaction with Beijing’s activities in the South China Sea. Although it has a separate dispute with China over the Senkaku/Diaoyu Islands in the East China Sea, Japan has rarely commented on territories in the South China Sea since the end of the Second World War, when it was forced to relinquish islands then under its control.

Chinese observers believe the diplomatic protest may be a means by which Tokyo can try to put pressure on Beijing over the Senkaku/Diaoyu spat. Japan has been in control over the archipelago since 1895, having seized the territories from China in a short war against the Qing Dynasty. China made the claim that the islands should be returned in 1970. Taiwan, the island nation Beijing considers one of its provinces, also lays claims to the islands.

China claims about nine-tenths of the South China Sea, a strategic body of water which is rich in hydrocarbon and fishing resources and which also handles in excess of $3 trillion in trade annually. Chinese officials and representatives from other claimants began negotiating a ‘code of conduct’ for the region in 2002, but little progress has been made since the early 2010s, with the US,  a non-claimant, working to try to forge bilateral alliances with regional nations and engaging in ‘freedom of navigation’ throughout the area, citing the South China Sea as an ‘area of US strategic interest’.

Japan Wants to Boost Alliance With US Under Biden Presidency, Prime Minister Says