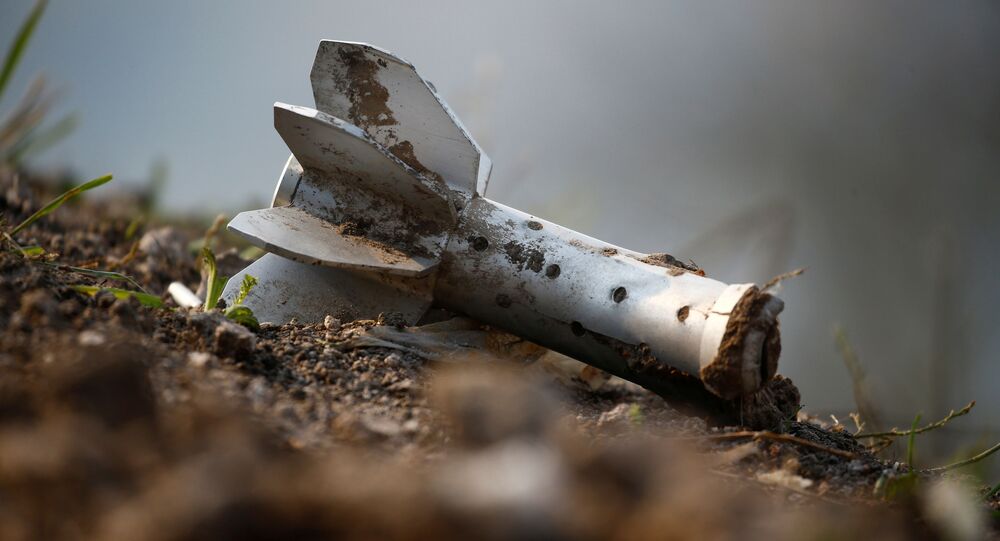 Lavrov: Russia Urges Countries Not to Send Mercenaries From Middle East to Karabakh

Russian Foreign Minister Sergei Lavrov has been interviewed by the Russian newspaper Kommersant during which he discussed, among other things, the situation in Nagorno-Karabakh.

Russia is urging external players, including Turkey, to use their powers to prevent mercenaries from the Middle East being sent to the Nagorno-Karabakh region, Lavrov said, adding that there are about 2,000 mercenaries in the area where hostilities are taking place.

"We have repeatedly called on external players to use their capabilities to prevent the transfer of mercenaries, whose number in the conflict zone, according to available data, is already approaching 2,000. In particular, the issue was raised by [Russian President Vladimir] Putin during a phone conversation with Turkish President [Recep Tayyip] Erdogan on 27 October and during regular conversations with leaders of Azerbaijan and Armenia," Lavrov said.

He also noted that the work of the Organisation for Security and Co-operation in Europe (OSCE) Minsk group continues, though how specifically it can ensure that a ceasefire is observed in Karabakh has not been agreed yet.

"The statement adopted after talks in Moscow on 10 October says that the specific parameters for observing the ceasefire will be agreed upon additionally. It is very difficult … So far, it has not been possible to agree on all the parameters. Work in this direction continues, including within the framework of the co-chairmanship in the OSCE Minsk Group", the diplomat said.

According to Lavrov, both Baku and Yerevan should agree to the terms of such mechanisms, which should be applied as soon as possible.

The minister added that Moscow is in favour of working on the conflict resolution with nations outside the OSCE Minsk Group Mediation of the Nagorno-Karabakh, which is co-chaired by France, Russia and the United States.

"We are in favour of working with all partners, including the neighbours of the parties, who have the opportunity to influence the opponents to create conditions for reaching a diplomatic solution in line with the basic principles of settlement promoted by the co-chairs in contacts with Baku and Yerevan", Lavrov said, when asked about a proposal to create a new negotiation format with Russia, Turkey, Armenia and Azerbaijan among the participants.

The top diplomat also announced that Russia had never backed a military solution to the Nagorno-Karabakh conflict and called on both sides to cease hostilities.

The interview comes amid the ongoing armed hostilities in Nagorno-Karabakh - an Armenian-inhabited enclave inside Azerbaijan which exercises de facto independence - that have been ongoing since 27 September. Three internationally arranged humanitarian ceasefires had been announced since then, but hostilities have still not ceased.

© Photo : Screenshot//Azerbaijan Ministry of Defence
Azerbaijan Releases Video Allegedly Showing Destruction of Armenian 'Grad' Rocket Launcher Systems in Karabakh
Yerevan and Baku started accusing each other of launching the military action in September. Reports indicate that civilians in Nagorno-Karabakh are bearing the brunt of artillery shelling. The conflict has already left dozens dead and hundreds injured.

Armenia has declared martial law and called for a general mobilisation, and Azerbaijan has announced partial mobilisation and partial martial law.
The OSCE Minsk Group — co-chaired by France, Russia and the United States — has been mediating peace in Nagorno-Karabakh since 1992.