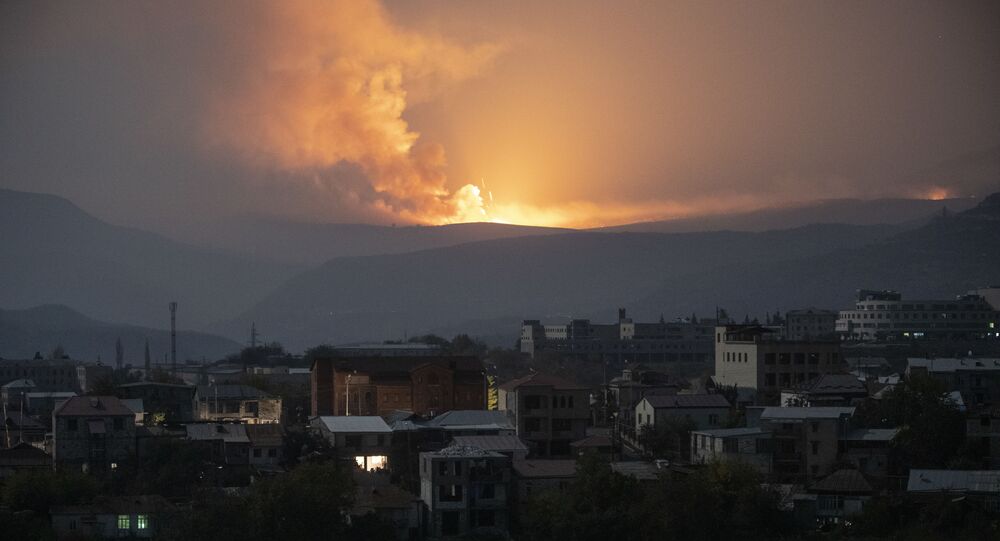 BAKU (Sputnik) - Armed hostilities between Azerbaijani and Armenian forces in the breakaway region of Nagorno-Karabakh have been ongoing for over a month now, leaving dozens of people killed and hundreds injured.

The Azerbaijani Defence Ministry on Tuesday said that Armenian troops had attacked the Baku armed forces' positions as well as civilian settlements in several directions "using various small arms, howitzers and mortars" in the breakaway republic of Nagorno-Karabakh.

The ministry specified that the fighting was concentrated in the Agdara, Khojavend and Zangilan areas.

Fighting between Armenian and Azerbaijani forces over the mountainous region erupted in late September, with the two countries trading blame for the growing death toll. Russia, the United States and France have been calling for peace.

Since 1988, Armenia and Azerbaijan have been disputing the status of Nagorno-Karabakh, a de facto autonomous region with an Armenian majority that started claiming its independence from Azerbaijan shortly before the break up of the Soviet Union.