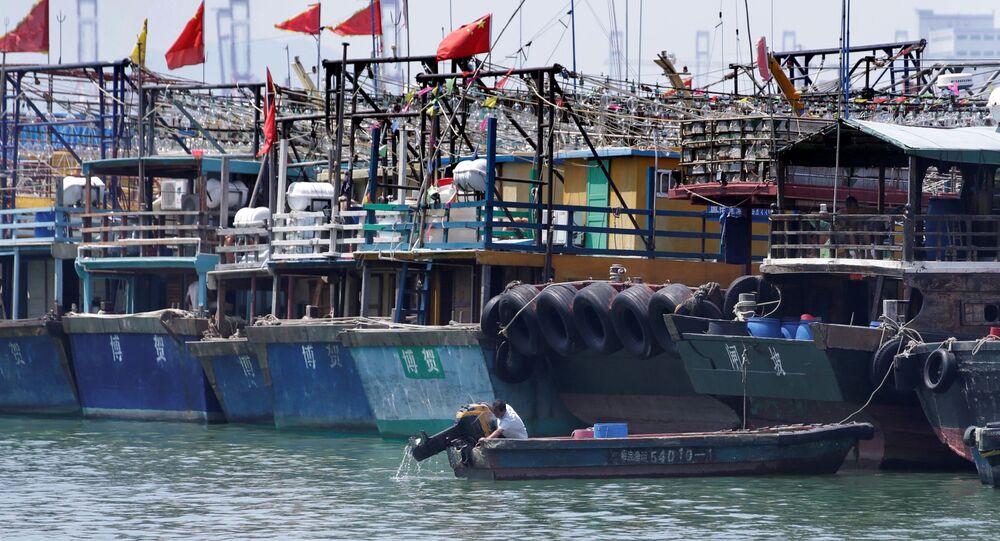 Over the last couple of years, Japanese authorities have been trying to solve the puzzle over so-called “ghost ships”, presumably of North Korean origin, that have turned up on the country’s coast. Some of them contained decomposed human remains, prompting local officers and media speculate about origin of these mysterious phenomenon.

Illegal fishing by Chinese vessels in North Korean waters may explain why hundreds of unidentified fishermen have been washed up on the Japanese coast, with these incidents often resulting in starvation and death, according to a study by Global Fishing Watch (GFW) published in Science Advances.

The research used four satellite technologies to study illegal, unreported, and unregulated fishing by ships that do not appear in public monitoring systems – a so called “dark fleet” - in waters between North Korea, Japan, South Korea and Russia.  According to the report, around 900 vessels originating from China were identified as operating in North Korean waters in 2017, while over 700 did so in 2018, potentially in violation of both domestic and international law.

In 2017, the United Nations banned seafood exports from North Korea, and restricted foreign fishing in its waters, following Pyongyang’s ballistic missiles tests. However, the South Korean Coast Guard and tracking system identified that hundreds of vessel of Chinese origin were still moving into the country’s waters. Apparently, this has had grave consequences for local North Korean fishermen, the paper suggests.

According to researchers, the “competition from these larger trawlers displaces these small-scale wooden boats, shifting substantial effort to neighbouring Russian waters”. It is estimated that around 3,000 such boats fished in Russian waters during 2018, despite being “severely under-equipped for long-distance travel”.

“As a result, between 2014 and 2018, 505 North Korean boats washed ashore on Japanese coasts”, GFW analysts concluded, arguing that these incidents often led to “starvation and deaths”.

Japanese media has extensively reported on incidents of so-called “ghost ships” along the country’s coast in the last couple of years, revealing that some of the discovered boats contained skeletons and decomposed human remains. Some evidence pointed to the North Korean origin of the ships, however, it remained a mystery as to how and why they ended up on the coast of Japan in such bad shape.

Now, GFW believes that “there is a strong correlation between the number of North Korean boats fishing illegally in Russian waters and the number of boats washing ashore in Japan”, according to comments by the study’s co-author Jaeyoon Park, who notes that this is the first time that these incidents have been directly linked to the illegal activities of Chinese fishermen.