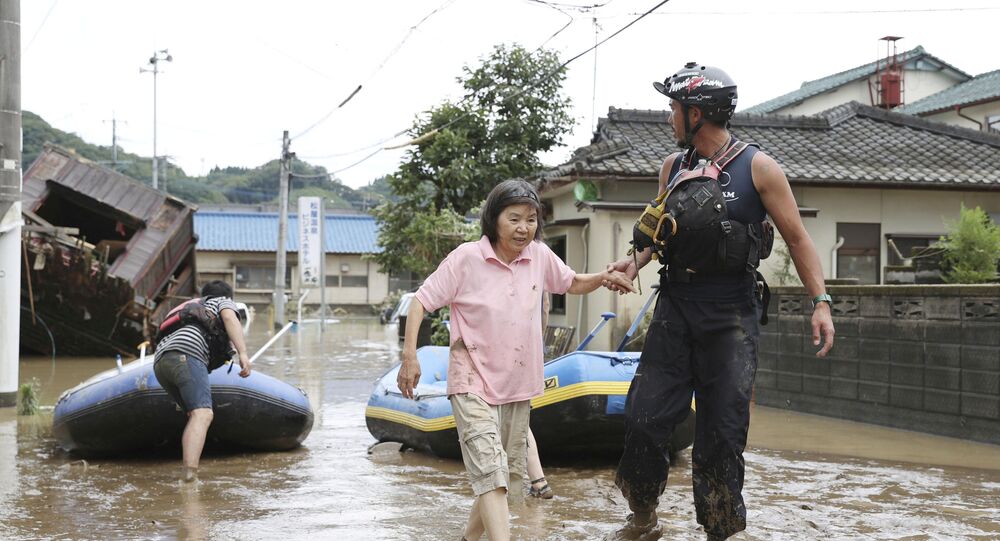 MOSCOW (Sputnik) - Severe flooding and landslides in southwestern Japan have now killed 16 people, the country's NHK broadcaster reports on Sunday, adding that this figure is expected to rise further once those who have been presumed dead or missing have been accounted for.

According to local authorities, 16 deaths have been confirmed in Kumamoto prefecture. This figure includes nine people who lost their lives in the city of Hitoyoshi, the broadcaster stated.

Additionally, 17 people are presumed dead, as they displayed no vital signs when they were discovered by rescuers. This figure includes 14 elderly residents of a care home in the village of Kuma. Thirteen others are still missing, the broadcaster cited local authorities as saying.

Record-setting rainfall, which saw some regions receive as much as four inches of rain per hour, battered southwestern Japan in the early hours of Saturday morning. The rainfall caused the River Kuma to burst its banks in several areas, cutting off roughly 30 districts in Kumamoto prefecture, according to the broadcaster.

The Japanese government has mobilized 10,000 members of the country’s Self-Defense Forces to aid with recovery and rescue operations.