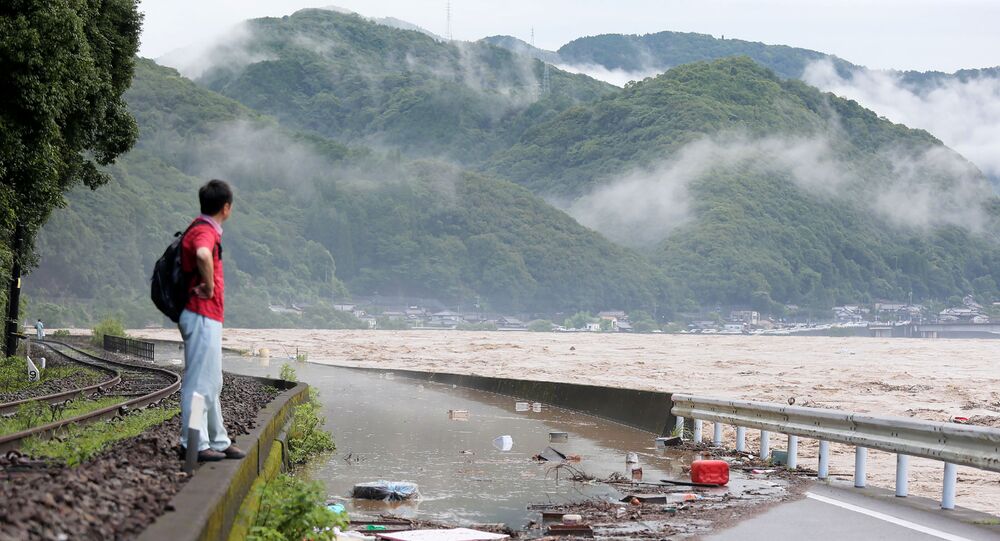 TOKYO (Sputnik) - Rescuers have found 14 people without vital signs at a care home in the Japanese settlement of Kuma, in Kumamoto prefecture, after heavy rains led to severe flooding and landslides, the Kyodo News agency reports on Saturday.

The individuals were found in states of cardiac and pulmonary arrest, the broadcaster stated, adding that doctors must first reach the care facility before pronouncing the deaths of the victims, the broadcaster added

One other person has also been found without vital signs and has been presumed dead, the broadcaster stated.

Southwestern Japan was hit by a huge storm overnight that resulted in some regions receiving up to four inches of rainfall in a single hour, according to the Japan Meteorological Agency.

​Earlier on Saturday, 10 people were pronounced missing and two individuals were found in a critical condition at the scene of a landslide, according to domestic media reports.

Prime Minister Shinzo Abe has mobilised up to 10,000 troops to aid in the rescue and recovery operations and hundreds of thousands of citizens in the prefectures of Kumamoto and Kagoshima have been ordered to evacuate.

Flood and landslide warnings remain in force in many parts of Kumamoto prefecture as of 17:25 local time [08:25 GMT].