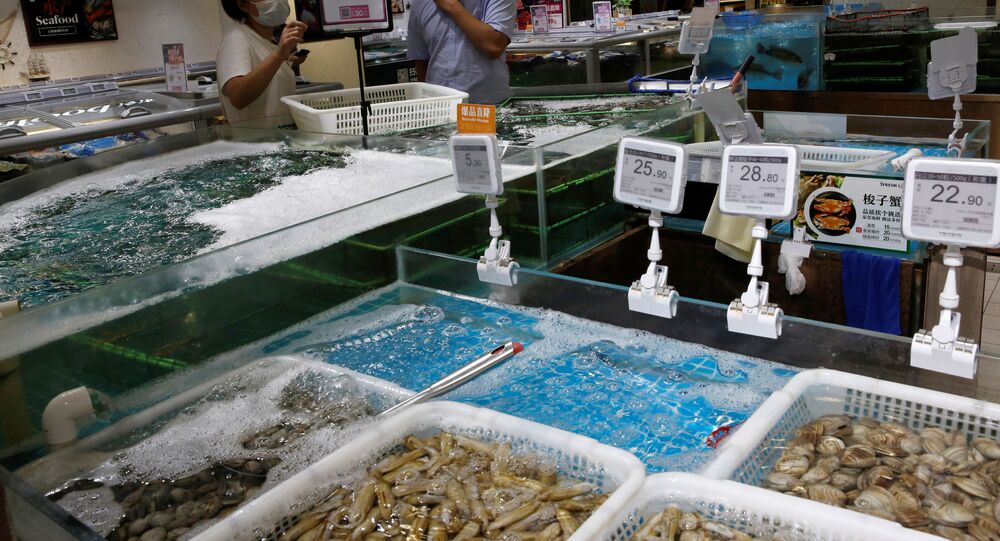 As the world braces for a possible second wave of COVID-19 novel coronavirus infections, a new report out of Beijing, China, highlights that the city’s wholesale food market is heavily contaminated with traces of the virus.

Preliminary results of an epidemiological investigation into the Xinfadi wholesale food center - a massive facility that contains warehouses and trading halls - revealed that those frequenting the seafood section are more likely to become infected with the novel coronavirus, according to Reuters.

"We have analyzed the nature of infected persons' activities. We found that people who bought seafood contracted [the novel coronavirus] more often than others," Wu Zunyou, chief epidemiologist at the Chinese Center for Disease Control and Prevention, said during a Thursday news conference.

"We took a lot of samples from the market, from different surfaces, objects. After analyzing the results, we found out that the most infected place was the hall with seafood products.”

It’s worth noting that meat was also present in the seafood section. The beef and mutton section of stalls ranked second to the seafood stalls for traces of COVID-19.

This disparity is easily explained by epidemiologists’ agreed-upon assertion that the novel coronavirus is not destroyed at fairly low temperatures. The virus also performs well in highly humid areas.

Furthermore, scientists have been able to use their recent findings to make sense of the initial COVID-19 outbreak in Wuhan, China.

"Back then we suspected that this [outbreak in the Wuhan seafood market] was animal-related. The results of our investigation in the Beijing market brought us back to Wuhan and gave us a new vector for solving the Wuhan outbreak riddle,” Wu explained.

China halted salmon imports from Europe this week after more than 100 new cases of COVID-19 were reported in Beijing alone since last week. Many infected individuals had their cases linked to the Xinfadi market, which prompted a government response to cease salmon imports.

Officials later announced that salmon was highly unlikely to be responsible for the reemergence of COVID-19, BBC reported. However, the halting of salmon imports had already damaged the fish market for European exporters - particularly Norwegians, and a Beijing restaurant employer expressed that customers have been in a “salmon panic” and have recently begun questioning the fish’s country of origin.

Fearing a drastic resurgence in new infections, China’s sports authorities announced on June 11 that sporting events would be temporarily suspended - shortly after players were allowed to partially resume competing.