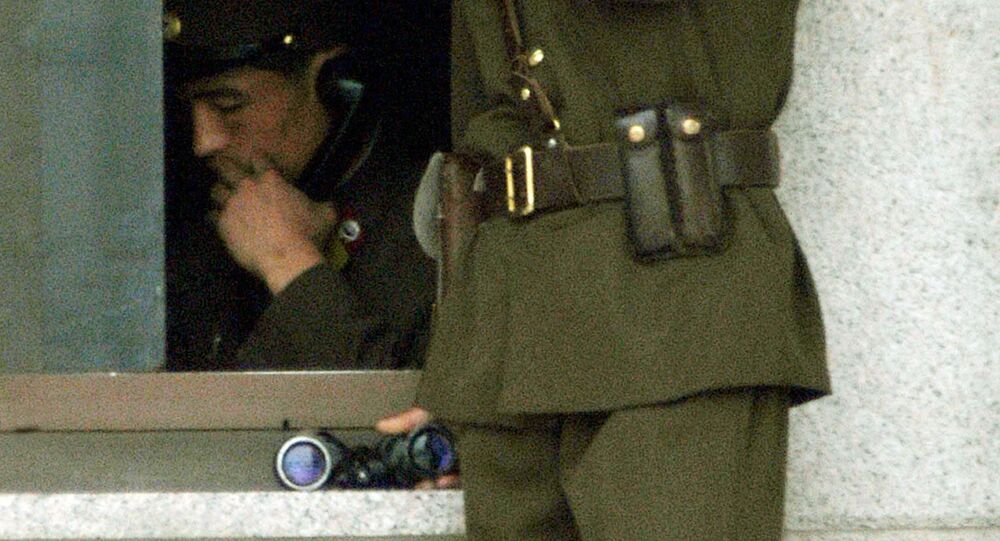 Tensions on the Korean Peninsula escalated on 16 June after North Korea demolished an inter-Korean liaison office in Kaesong near the countries' border – the key source of communication between the two countries in the absence of bilateral diplomatic missions.

North Korea's response to Seoul's offer to send in special envoys to mend deteriorating ties indicates that the two states' spy services might have kept their hotline for communication open despite Pyongyang promising to cut all communication lines with its southern neighbour, the Yonhap News Agency alleged.

The South Korean news agency indicated that despite the cutting of communication lines, Seoul somehow managed to send a message to Pyongyang, meaning that the line, first installed in 2000 after the first inter-Korean summit, might still be working. This line long remained non-functioning, but was restored in 2018, when North Korea was negotiating to send its athletes to the Pyeongchang Winter Olympics.

The two countries didn't reveal the communication method used to deliver the offer, which the DPRK strongly rejected, with Kim Jong-un's sister, Kim Yo-jong, calling it "tactless and sinister". The authorities declined to confirm to Yonhap whether the hotline connecting South Korea's National Intelligence Service and the DPRK's United Front Department was used on this occasion.

South Korea's offer was the country's last ditch effort to save deteriorating ties with its northern neighbour, after the latter demolished an inter-Korean liaison office in the border city of Kaesong – the main line of communication between Seoul and Pyongyang in the absence of formal diplomatic ties. The destruction of the office and cutting of all communications was triggered by continued dispatches of leaflets by South Korean activists containing anti-DPRK propaganda across the border into the North. Pyongyang has repeatedly demanded that Seoul stop these provocative acts.