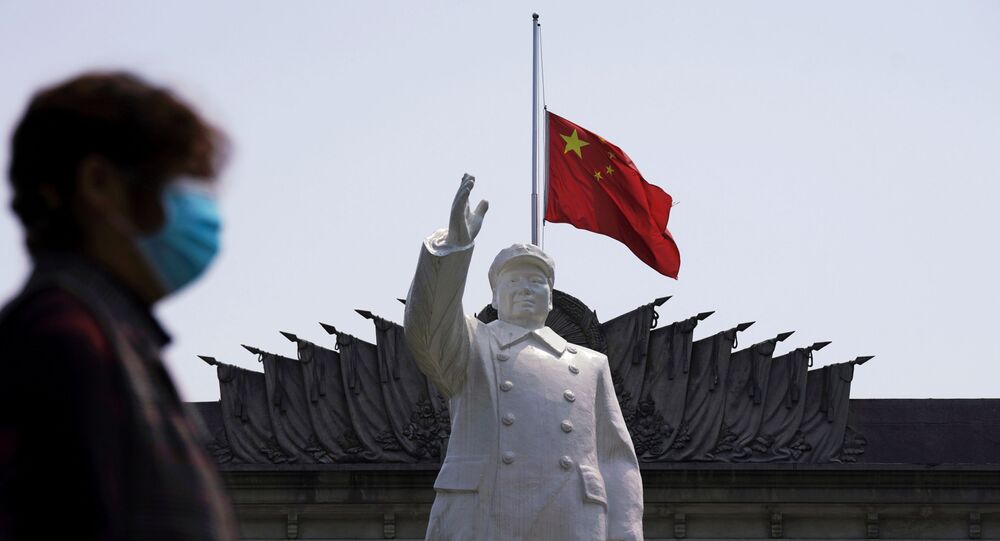 A significant number of politicians and media groups in the US have repeatedly blamed Beijing for the spread of the novel coronavirus pandemic, first by associating the disease with China or its epicentre in the city of Wuhan, and eventually accusing the nation of data concealment and downplaying the threat presented by COVID-19.

China's Ministry of Foreign Affairs has released a 30-page rebuttal of "unbelievable China-related lies and myths" spread by "some politicians and media in the United States". The article consists of 24 parts and covers "myths and lies" on the origin of the virus, data concealment, China's transparency and the "manipulation" of the World Health Organization (WHO).

The document, in part, slams White House allegations that the coronavirus was developed in a laboratory belonging to the Wuhan University of Virology.

"The P4 laboratory of the Wuhan Virus Research Institute is a Sino-French government cooperation project. The institute does not have the ability to design and manufacture new coronaviruses, and there is no evidence that the institute has experienced pathogen leaks or personnel infections", the article detailed.

The Ministry also denounced the US president and his supporters for referring to the virus as "Chinese" or associating it with the country, citing WHO guidelines and several media publications that condemn geographical ties to a disease's name.

The document rejected accusations of China concealing data on the pandemic and downplaying the danger of the coronavirus's human-to-human transmission, providing a timeline of updates on the outbreak and information sharing with the WHO and the outside world.

"On 9 January , the Chinese expert team confirmed through the media that the pathogen of the case was initially determined to be a new coronavirus. On January 20, the high-level expert group of the National Health and Health Commission informed the media that the new crown virus can be passed from person to person. No confirmed cases were reported in the United States that day", the article noted.

Criticizing US accusations of data distortion and hiding the true numbers, Beijing insisted that its data "is completely open and transparent, and it can stand the test of history".

US accusations against China amid the pandemic

Some members of the Trump administration, including the president himself, and several US media outlets have consistently put the blame on China for what they refer to as bad performance amid the coronavirus pandemic, data concealment and even creating the virus.

"Probably it was incompetence. Somebody was stupid", Trump said, alleging that it was the virology lab in China where the virus originated.

The US Department of Defence does not back the president's assertion, as the Chairman of the Joint Chiefs of Staff, Adm. Mark Milley, admitted that the US government does not have "conclusive evidence on any of that", noting that "the weight of evidence is that it was probably not intentional".

Trump appointee US Secretary of State Mike Pompeo, however, has claimed that there is "significant evidence" that the virus was leaked from a Wuhan laboratory, but has not produced his proofs, only echoing accusations that Beijing "attempted to conceal and hide and confuse" the world following the start of the outbreak.

China has repeatedly denounced the accusations, urging US politicians not to politicize the deadly pandemic.

Amid the accusations, WHO has lost its US funding, Trump called it "too China-centric" and scapegoated the agency for the "thousands of lives" that COVID-19 has claimed. WHO chief Dr. Tedros Ghebreyesus said in his coronavirus media briefing that a new plan to address the pandemic will require an additional $1.7 billion in cash.