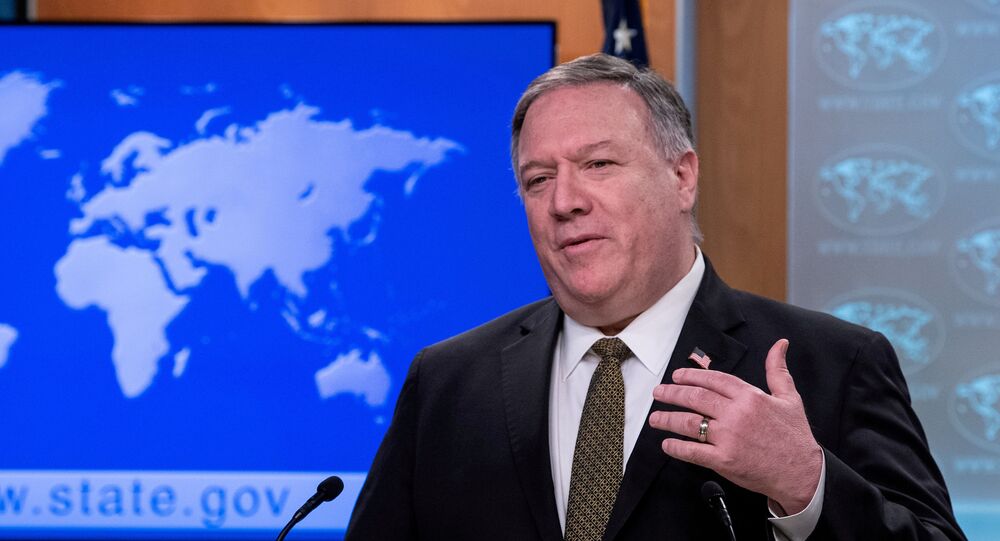 US Messed Up While Manipulating Origin Theory of COVID-19, Report Says

US Secretary of State Mike Pompeo proclaimed that "enormous evidence" shows the COVID-19 outbreak began in a laboratory in Wuhan, raising doubts immediately with his claim as it breaks with a common recognition of global scientists.

The World Health Organisation said there were some 15,000 full genome sequences of the novel coronavirus available, and "from all of the evidence that... this virus is of natural origin."

US infectious disease expert Dr Anthony Fauci also suggested no scientific evidence had been given to support the theory that the virus was made in a Chinese laboratory.

The US President Donald Trump's administration, including Pompeo, keep spreading lies and misleading domestic and international audiences without any evidence to prove their suspicion.

For most countries, the top priority and the biggest challenge are to contain the outbreak and thereby secure economic recovery. The US government clamour to promote a rumour of the virus origin, an issue that is supposed to be solved by scientists, completely unmasked its political purpose.

It's not due to US government boldness, but its strategy of stooping to new lows for earning more votes. It makes Pompeo and the White House very embarrassed after their suspicion was widely rejected. But they don't care. The White House has ramped up efforts to agitate US public antagonism to China because they believe if a higher level of antagonism is reached, the lower chance there will be that voters will hold them accountable for mishandling the epidemic.

But politicians like Pompeo are likely to mess up this time, as the political purpose of the US government's manipulation of the epidemic origin investigation has been fully exposed, especially to scientists and intellectuals.

Once the Trump administration loses the support of scientists, its distorted narrative of the epidemic will face increasing political risks. Their deception will eventually come to light, and, worse, make them pay an enormous price.

We don't know if this is enough to make the Trump team realize that there is not infinite scope for them to defame and slander China as there will be a backlash in the end.

It is absurd to use the virus origin issue in the evaluation for worldwide governments' performance against the pandemic. A China-bashing campaign as a tool to feed its political purpose in an election is bound to fail as the Trump team grows more extreme.

© REUTERS / CHINA DAILY
Beijing on Probe Into COVID-19 Origins: China Has Always Been Open to Cooperation With WHO
China has done its best in dealing with the epidemic, just as Trump praised China's efforts to control the outbreak in January after Wuhan's lockdown and applauded China's efficiency and transparency. He held that tone for a long time until the US became a new epicentre of the outbreak that made the White House anxious about being held accountable for the rising death toll. The Republican Party has a crooked way of using China in its electoral strategy.

However, global scientists have never been US government puppets. The gene sequence of the novel coronavirus tells, just like more upcoming evidence, how Washington will pay for its lies.

This article has been published in partnership with The Global Times