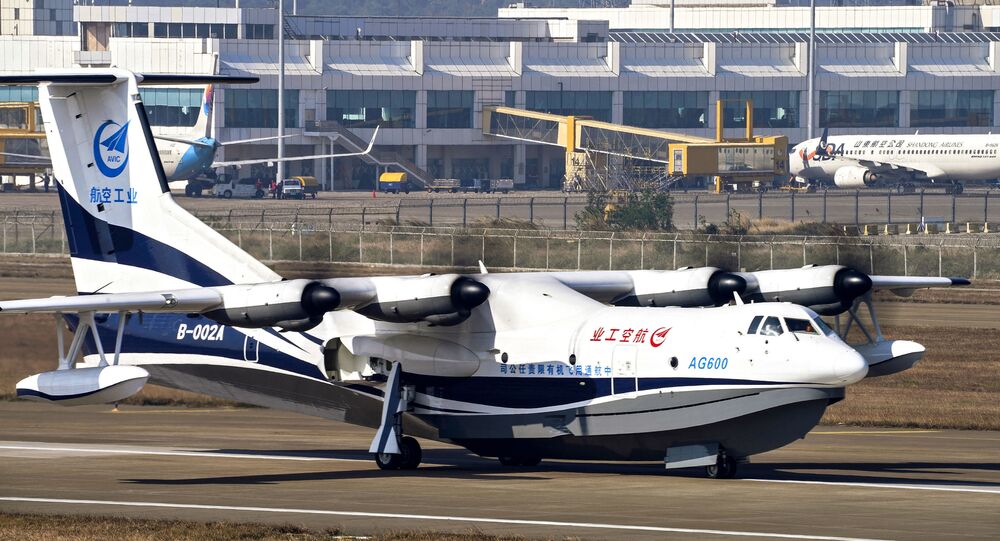 The AG600, China's large amphibious airplane that will be capable of covering all of the South China Sea, is preparing in Hubei Province to conduct its first maritime test flight this year as planned, despite the novel coronavirus pneumonia (COVID-19) epidemic.

The AG600 is undergoing status adjustment and design optimisation in Jingmen, Hubei, as all members of its development team at state-owned Aviation Industry Corp of China (AVIC) have returned to work after the epidemic in the province began to ease, China Central Television (CCTV) reported on Monday.

It is scheduled to make its maiden flight at sea this year, CCTV reported.

Sea-based test flights are more challenging than those conducted over land, lakes or rivers because of factors like the complexity of the sea situation and the corrosive ocean environment, a military expert told the Global Times on Tuesday on condition of anonymity.

The AG600 conducted its land-based maiden flight in Zhuhai, South China's Guangdong Province, in December 2017 and its first water-based test flight over a reservoir in Jingmen in October 2018, reports said.

A sea-based test flight will be another milestone in the plane's development, and the COVID-19 outbreak does not seem to have had any major impact on the project, the expert said.

The amphibious aircraft is expected to be delivered by 2022, the Xinhua News Agency reported.

About the size of a Boeing 737, the AG600 can fight forest fires, undertake water rescues, monitor the maritime environment and carry out patrol missions, Xinhua reported in 2019.

When deployed from Sanya, South China's Hainan Province, the AG600 can reach any location in the South China Sea thanks to its endurance of 12 hours and ability to take off and land on water, reports said.

As of March 31, all arms producers in Hubei had resumed operation, with about 65 percent of workers returning to their positions, the Hubei Daily reported on Friday.

The article originally appeared on the official website of the Global Times.