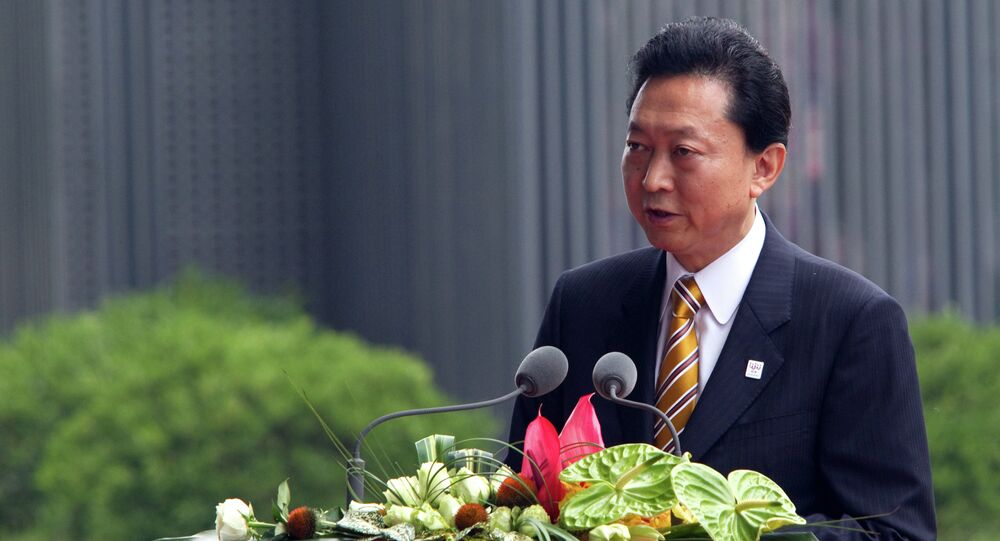 Despite the fact that the first coronavirus case was recorded in Japan in the middle of January, the country has seen only a small increase in infections compared with Europe and the United States, which now have more cases than China, where the virus originated.

Former Japanese Prime Minister Yukio Hatoyama accused Tokyo Governor Yuriko Koike of covering up the cases of coronavirus in the city in order to go ahead with the 2020 Sumer Olympic in the country's capital. In a post on Twitter, Hatoyama said that governor Koike was more concerned about the Olympics than Tokyo residents.

"In order to make an impression that the city was taking control of the coronavirus, Tokyo avoided making strict requests and made the number of patients look smaller. The coronavirus has spread while they waited. You were Olympics first rather than Tokyo people first", the former Prime Minister said in a tweet.

Hatoyama’s statement came after the number of daily cases of coronavirus in Tokyo dramatically rose from 16 to 63 following the cancellation of the Summer Olympics in the Japanese capital. The next day, after incumbent Prime Minister Shinzo Abe phoned chief of International Olympic Committee Thomas Bacha and the two agreed to postpone the games until the summer of 2021, Tokyo’s Governor Yuriko Koike asked the city’s residents to stay home on weekends until mid-April.

© REUTERS / ISSEI KATO
A banner for the upcoming Tokyo 2020 Olympics is seen behind a traffic sign, following an outbreak of the coronavirus disease (COVID-19), in Tokyo, Japan, March 23, 2020.

The development has caused concern among officials and the public. "Is this just a coincidence", asked Maiko Tajima, an opposition lawmaker, during a parliamentary session, referring to the rise of COVID-19 cases.

The government rushed to dismiss the allegations, with Health Minister Katsunobu Kato saying that there was "absolutely no relationship" between the postponement of the Olympics and the surge in cases. Prime Minister Shinzo Abe said the reason behind the significant rise was cases that can’t be linked and infections brought in from abroad. Unlike Europe and North America, which have announced the closure of their borders, Tokyo has only introduced quarantine restrictions for visitors coming from China and South Korea.

Prime Minister Abe denied that authorities were engaged in cover-up of cases. "I’m aware that some people suspect Japan is hiding the numbers, but I believe that’s not true. If there was a cover-up, it will show up in the number of deaths", he said.

There have been more than 2,600 confirmed cases in Japan, with 64 deaths while about 1,000 people have recovered. The country’s authorities decided to combat the disease in an unusual way. Unlike other countries, which focus on testing and tracing infections, Tokyo decided to focus only on the latter option, working on clusters of people and testing only those with symptoms. Japanese health officials fear that mass testing would inundate hospitals and that patients who are in severe condition need would be unable to get a bed.

© REUTERS / ISSEI KATO
Passersby wearing protective face masks, following an outbreak of the coronavirus disease (COVID-19), are seen at Ginza shopping district during the first weekend after Tokyo Governor Yuriko Koike (not pictured) urged Tokyo residents to stay indoors in a bid to keep a coronavirus from spreading, in Tokyo, Japan March 28, 2020.

By comparison, between 18 February and March 27, Japan tested almost 50,000 people, while South Korea tested about 250,000 during that period. "We fear a situation where severe patients start dying when the medical system collapses, and we must prevent that situation", Health Minister Katsunobu Kato said in an interview with local broadcaster NHK.