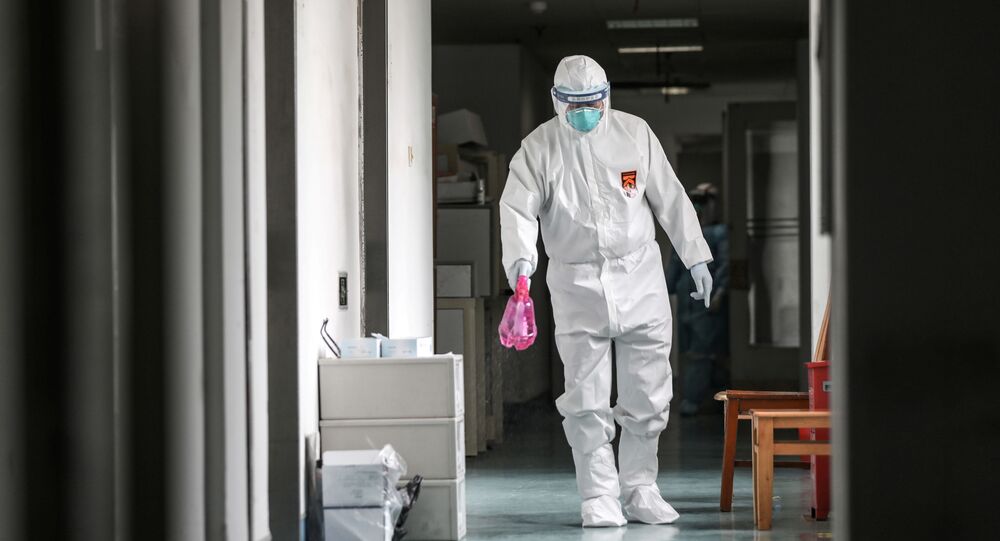 BEIJING (Sputnik) – The number of people, who have been infected with a new coronavirus across mainland China, has reached 66,492, with 1,523 patients having died, the National Health Commission (NHC) said in a statement on Saturday.

"As of midnight on February 14 [16:00 GMT Thursday], the National Health Commission received information about 66,492 confirmed cases of pneumonia caused by a new type of coronavirus from 31 provinces [regions and municipalities], including 56,873 currently ill people. 11,053 people are in critical condition, 1,523 have died, 8,096 people have been discharged from hospitals", the statement said.

More than 25,000 doctors from all parts of China have, meanwhile, arrived in the province of Hubei to help their colleagues fight the outbreak of a new coronavirus, Deputy Director of the NHC Wang Hesheng said on Saturday.

© REUTERS / ALY SONG
WHO Adviser Says Wuhan Coronavirus Could Infect Two-Thirds of World’s Population
“At the moment, 217 medical teams with 25,633 doctors have been sent to the province of Hubei to provide medical assistance. The figure does not include military doctors, who have been sent by the army”, Wang said.

The largest number of medical teams – 181 ones with 20,374 doctors – has been sent to the city of Wuhan, which is said to be ground zero of the outbreak.

The new strain of coronavirus – COVID-19 – was first detected in the Chinese city of Wuhan, located in the province of Hubei, in December and has since spread to more than 25 countries.

In late January, the World Health Organization declared a global health emergency in light of the outbreak.

Photos: Airline Apologizes for Closing Bathroom on Flight to Seoul Over Coronavirus Fears