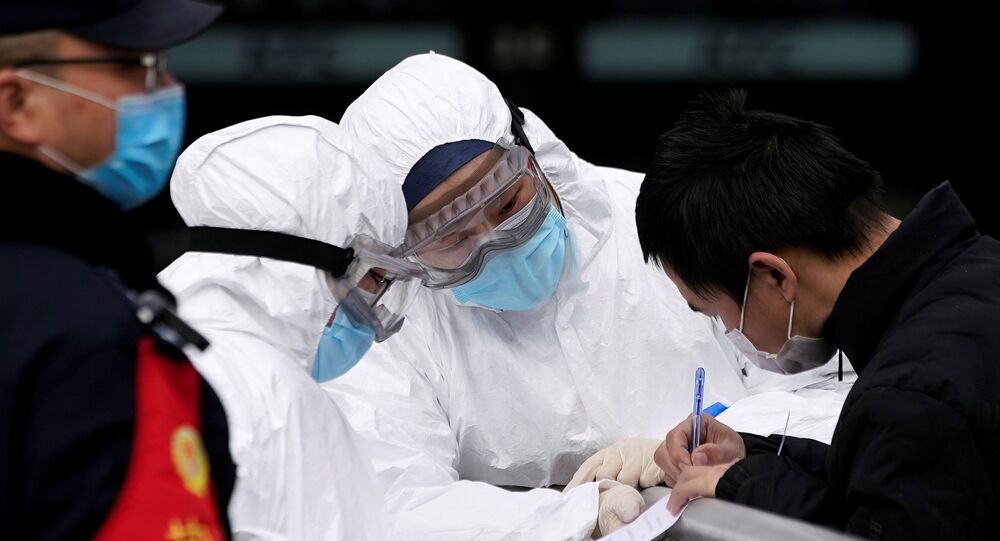 New Delhi (Sputnik): With the death toll from the deadly coronavirus in China crossing 360 and still counting, India evacuated 647 citizens from Wuhan, capital of the central province of Hubei. China has reported more than 17,000 confirmed cases, according to the authorities.

India on Monday confirmed a third case of the deadly virus infection from the southern state of Kerala. All three cases were reported from Kerala – one each from the Thrissur, Alapuza, and Kasargod districts. The state’s health minister K.K. Shailaja confirmed the third infection, but said the patient’s condition was stable.

The tweet in Malayalam, the local language of the state translates to: “A student, who returned from Wuhan in Kasargod district has also tested positive for the coronavirus. The student is currently admitted to the Kanjangad district hospital and her condition is satisfactory”.

As in the previous two cases, this student had also returned from the city of Wuhan.

Around 2,000 people, with suspected symptoms of coronavirus are under observation in Kerala, 75 in isolation wards and 1,924 in quarantine to prevent the spread of the disease.

India’s federal Health Ministry renewed a travel advisory to China on Monday, advising people “to refrain from travel to China and that anyone with travel history in China since 15 January 2020 and from now on could be quarantined".

New Delhi on Sunday (2 February) temporarily suspended E-Visa facilities for Chinese citizens and foreigners living in China in an attempt to avoid carriers of the virus travelling to India.

Pakistan has resumed flights to China and brought back 145 of its nationals after receiving flak from its nationals stuck in Wuhan, the epicentre of the epidemic.

Very well done. Following all international protocols ensuring their health & safety as well as that of all Pakistanis. A responsible Pakistan means being emotional when needed but rational and practical in decision making as well. We support Chinese Govt efforts to overcome CNV. https://t.co/dJ8ZzFnnrN

Coronavirus Death Toll Rises to 361 With 17,205 Cases of Infection - Authorities