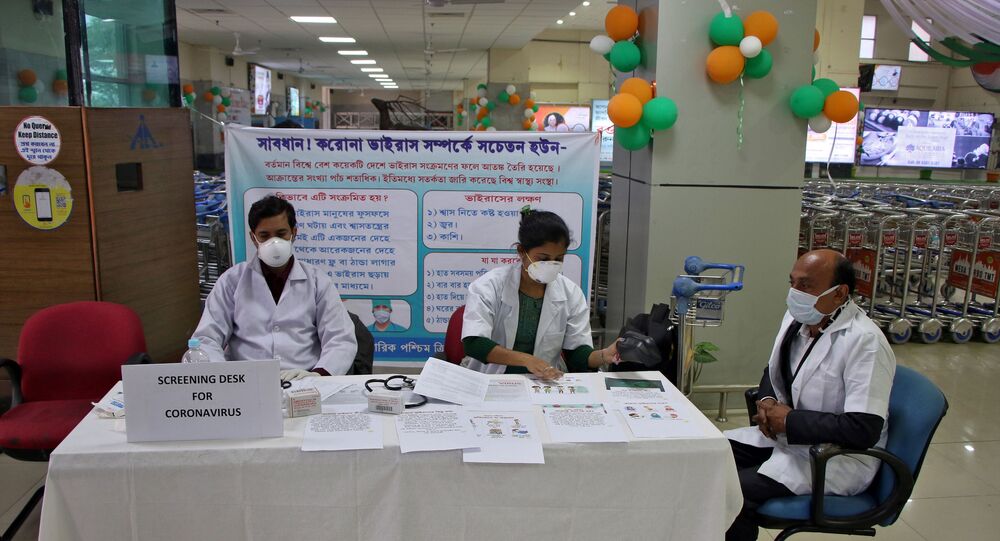 New Delhi (Sputnik): The death toll from the coronavirus has climbed to beyond 300 people in China with the first casualty outside the country reported in the Philippines on Sunday. India earlier launched an emergency evacuation, sending a plane from its national carrier Air India to rescue its citizens from the epidemic’s epicentre, Wuhan.

A second batch of Indians, 323 people from Wuhan along with seven citizens of the Maldives arrived in New Delhi on Sunday morning, Indian Envoy to China Vikram Misri has confirmed. They will be kept in isolation for monitoring.

The second flight from #Wuhan has just landed in #Delhi. We wish all those on board good health in the days ahead. Once again, thank you to #AirIndia, Team @MEAIndia and @MFA_China |@DrSJaishankar @PMOIndia

​Maldivian Foreign Minister Abdulla Shahid said that the nationals from his country would be kept in Delhi for a period of quarantine.

Foreign Minister of Maldives, Abdulla Shahid: 7 Maldivians in Wuhan (China) are on their way to Delhi on special Air India flight. Upon arrival, they'll be housed in Delhi for a period of quarantine. Deep gratitude to PM Narendra Modi & EAM Dr. Jaishankar. #CoronaVirus pic.twitter.com/xRCIqcYYDc

The evacuation came as India also registered a second confirmed case of the coronavirus in a patient in the southern state of Kerala who, according to the federal Ministry of Health and Family Welfare "has a travel history from China". The first positive case of the viral infection was also reported in the same state, with the first patient being a student from Wuhan University in China.

Update on #NovelCoronavirus :
Second positive case of #nCov has been reported in #Kerala. The patient has a travel history from #China.
The patient is in isolation in the hospital, is stable & being closely monitored.@PMOIndia@drharshvardhan @AshwiniKChoubey @PIB_India @ANI pic.twitter.com/xtKj1IjcEy

​​On Saturday, India evacuated the first batch of 324 citizens from Wuhan, the epicentre of the novel coronavirus outbreak, which has already been described as an international health emergency by the World Health Organisation.

The infection was first registered in Wuhan, located in the Chinese province of Hubei, last December and has since spread to more than 20 countries.