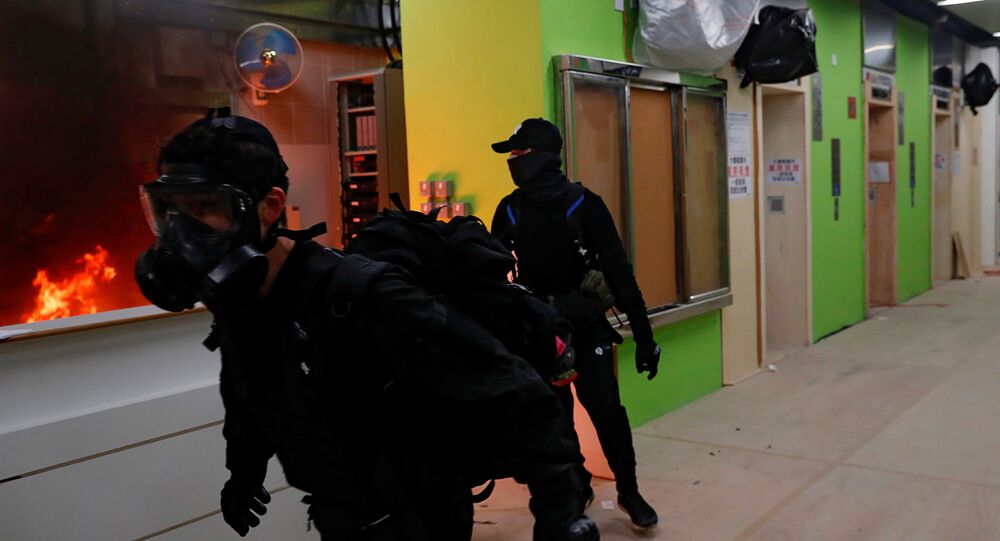 Over 80 Protesters Wanted in Hong Kong Escape to Taiwan - Reports

MOSCOW (Sputnik) - More than 80 protesters whom the Hong Kong authorities suspect of participating in the unrest during anti-government protests have fled the special administrative region to Taiwan, media reported, citing police sources.

According to the sources, it became known that the protesters in question, most of whom are in their 20s and 30s, were gone when the police came to their homes to arrest them, South China Morning Post newspaper reported.

The media stated that the police were unable to do anything in this situation since Hong Kong and Taiwan did not have an extradition agreement.

The sources added that a total of 220 protesters who feared arrest for their actions during the Hong Kong protests had fled to Taiwan.

© REUTERS / Lucy Nicholson
Homemade Bomb Explodes at Hong Kong Hospital Leaving No Injuries - Reports
Hong Kong has been gripped by violent protests since June. The demonstrations, initially a response to a controversial extradition bill, continued even after the highly unpopular measure was withdrawn in October. Beijing views the situation in Hong Kong as the result of foreign interference in China's domestic affairs and expresses full support for the local authorities' actions.

As the unrest continues, so do mass arrests by local police. Most recently, police detained at least 400 people on 1 January for "unlawful assembly and possession of an offensive weapon". The arrests were prompted by an attack on offices of the HSBC bank. Another group of more than 400 people were taken into custody in November, following violent clashes at the Hong Kong Polytechnic University.