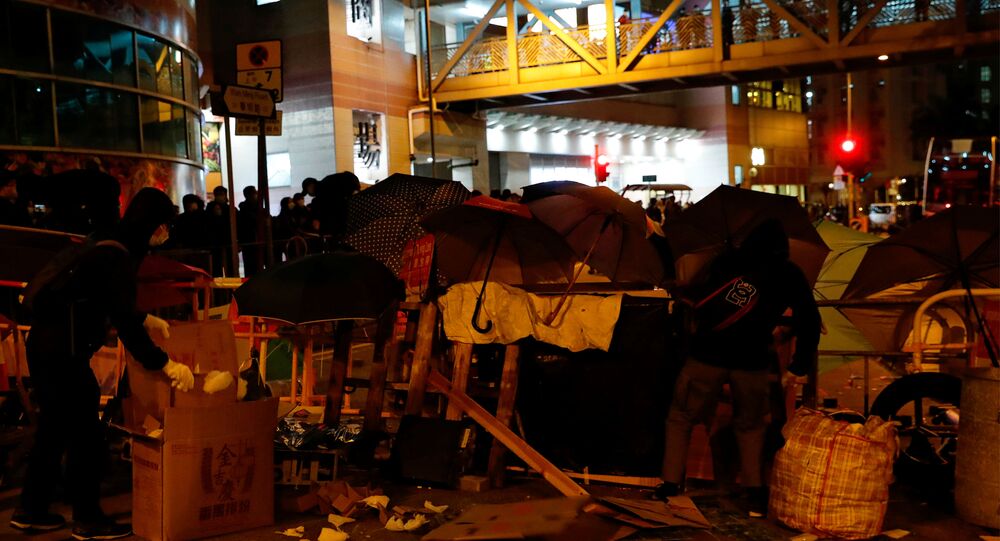 MOSCOW (Sputnik) - Police and protesters have clashed in the town of Fanling in the Hong Kong Special Autonomous Region over the government’s proposals to quarantine patients suspected of having contracted a new form of coronavirus in uninhabited, newly-constructed residential buildings, the South China Morning Post newspaper reported.

According to the newspaper, approximately 200 protesters took to the streets and some threw petrol bombs at the ground floor of an apartment building proposed to house quarantined patients. Firefighters were called to extinguish the blaze, the newspaper reported.

Law enforcement officers took measures to disperse the protesters, and an unspecified number of people have been detained, the newspaper reported.

On 25 January, Hong Kong Chief Executive Carrie Lam reportedly said in a speech that uninhabited residential buildings could be used as a quarantine site for those suspected of carrying the new form of coronavirus, or as a dormitory for medical workers tackling the outbreak.

The newspaper cited local residents who complained that the proposed site, the Fai Ming Estate, was too close to other residential buildings and schools in the area.

The new type of virus, which is currently spreading across the world, was first detected in the central Chinese city of Wuhan in late December. There have been already over 1,970 confirmed coronavirus cases in China, with the death toll now standing at 56.

© REUTERS / CARLOS OSORIO
Hong Kong Disneyland, Ocean Park to Close from Sunday Due to Coronavirus Spread
The first confirmed case of the new virus in Hong Kong was reported on 22 January. As of Sunday afternoon, 107 patients in Hong Kong are under quarantine on suspicion of carrying the virus, Hong Kong Free Press reported, citing health officials.